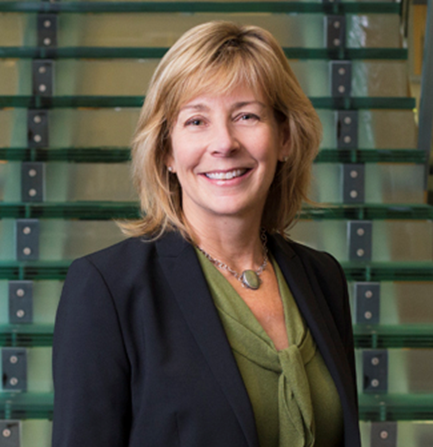 Karen G. Johnson-McKewan, an Intellectual Property partner in Orrick, Herrington & Sutcliffe LLP's San Francisco office, is a trial lawyer with thirty-two years of experience. She concentrates her practice on complex intellectual property and commercial litigation for technology and consumer products companies. She was recently selected to serve as one of eight members of the firm's Management Committee. Karen served as Orrick's San Francisco Office Leader from 2005-2008. She was named one of the 100 "Most Influential Women in Bay Area Business," by the San Francisco Business Times in 2007 and 2009; and "Forever Influential" in 2010. Karen was also named one of the "Top Women Litigators" by the Daily Journal (California), in 2010.

Ms. Johnson-McKewan has significant experience litigating and trying particularly intricate cases where simplifying complex technology issues is invaluable, and in finding creative solutions to client problems that lie at the intersection of multiple legal disciplines. Her engagements have involved matters in technology, internet, media, financial, e-commerce, retail, software and gaming industries in a diverse set of courts and multiple arbitral bodies. She has led intellectual property and complex commercial litigation teams for companies such as Oracle, NVIDIA, Netflix, VMWare and Levi Strauss & Co.

Ms. Johnson-McKewan joined NAWJ’s Resource Board in 2005, and served as co-chair from 2006 to 2009. Among her many accomplishments during this period, she secured Forster-Long, Inc.'s partnership in producing a statistical summary of gender ratios of the judiciary in every state of the country. In 2011, she assumed the responsibilities of co-chair of the Resource Board for a second time and, together with Elaine Metlin, Esq., played a critical role in moving NAWJ forward. She continues to serve as co-chair of the Resource Board, along with Cathy Winter. Karen also served as vice-chair of NAWJ's California Coordinating Committee for the Informed Voters-Fair Judges Project (IVP) in that project's first year.

With Ms. Johnson-McKewan support, Orrick has provided substantial resources for NAWJ’s Informed Voter-Fair Judges Project in the form of generous financial contributions and pro bono work of its attorneys, who preserved NAWJ's tax-exempt status and the independence of IVP's Intellectual property. Ms. Johnson-McKewan has served on several panels, including NAWJ's 2018 Midyear Meeting panel ‘Somebody IS Watching Me - Cybersecurity, Privacy, and the Internet of Things’. In 2015, she received NAWJ's Florence K. Murray Award for Leadership. NAWJ appreciates Karen Johnson-McKewan's dedication for the past twelve years and commitment to further NAWJ's mission to ensure "Equal Access to Justice for All."

This award recognizes a member who has gone above and beyond his or her role as member and volunteers to help make a difference in the organization and further its mission, and is an individual dedicated to furthering and supporting women in the legal profession. To see a list of past honorees, click here.