The Second Annual San Diego “SUCCESS INSIDE & OUT” Program
At Las Colinas Women’s Detention and Re-Entry Facility for 200 Inmates
A Great Success!

On August 18, 2017, 42 passionate individuals in San Diego County, including NAWJ Judges, attorneys and various experts joined the Las Colinas Women’s facility Captain Erika Frierson alongside Christine Taylor Brown and Jessica Barawed to bring the second annual “Success Inside & Out” program to the incarcerated women.  This one-day conference was chaired by the Honorable Tamila E. Ipema, Judge of the San Diego County Superior Court and the NAWJ Executive Board member.  The conference was a huge success and NAWJ San Diego members made a difference.  More than 200 incarcerated women voluntarily registered and participated in this program.

There were more than 30 expert presenters and moderators for two plenary sessions and six concurrent sessions that were repeated twice in the morning and twice in the afternoon for different groups of women.  Women in detention were encouraged by NAWJ judicial officers and attorneys who cared about their success on the road ahead.  The presenters were also inspired by the incarcerated women who wanted to take control of their lives, eager to educate themselves and pave their own road to success.  All the women appeared very excited; they were taking notes and asking questions.  Though incarcerated, the women seemed to have gained a renewed hope for a better future.  It was an amazing experience for everyone involved! 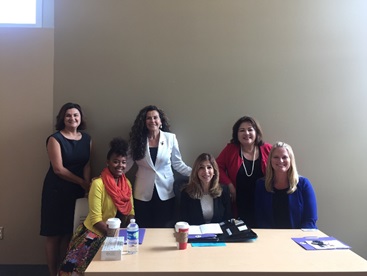 NAWJ is grateful to Captain Erika Frierson, Christine Brown Taylor, and Jessica Barawed who are in charge of Las Colinas Detention and Reentry Facility.  These three amazing passionate women, played a huge role in the success of this program, and we are grateful for all their hard work and support. 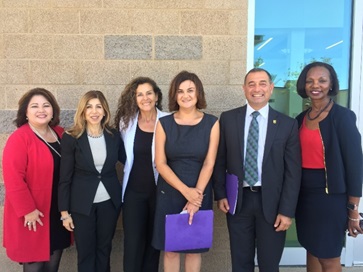 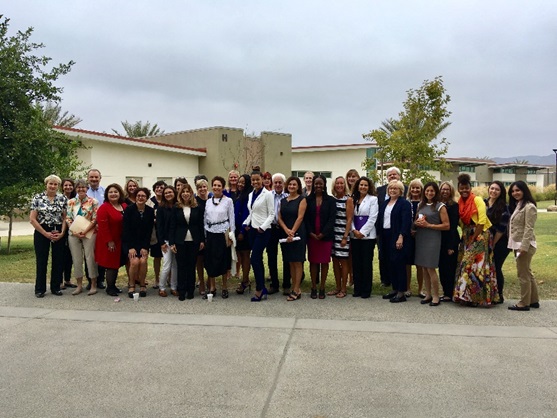 We thank all the NAWJ members in San Diego, and all the other expert presenters, who came together and worked hard to prepare for this special annual event.   Archdiocese and a local rabbi spoke on the tension between mandatory reporting requirements for clergy and confidentiality and privilege concerns.  Outreach to clergy has a two-fold benefit, explained Judge Halgren.  “In addition to helping clergy in their ministry, it allows for better communication to the community at large.  If 100 clergy members take the information learned and pass it on to 100 of their congregants, then 10,000 persons will better understand our courts and can more easily participate in the justice system.”

The purpose of this one-day conference is to reduce recidivism by educating the women and give them the tools they need to succeed.  The workshops addressed such topics as college education, parenting and reconnecting with children, financial literacy, healthy relationships, how to avoid becoming a victim of human trafficking or domestic violence, how to succeed on supervision, how to expunge and seal records in order to compete in the job market, and other topics.