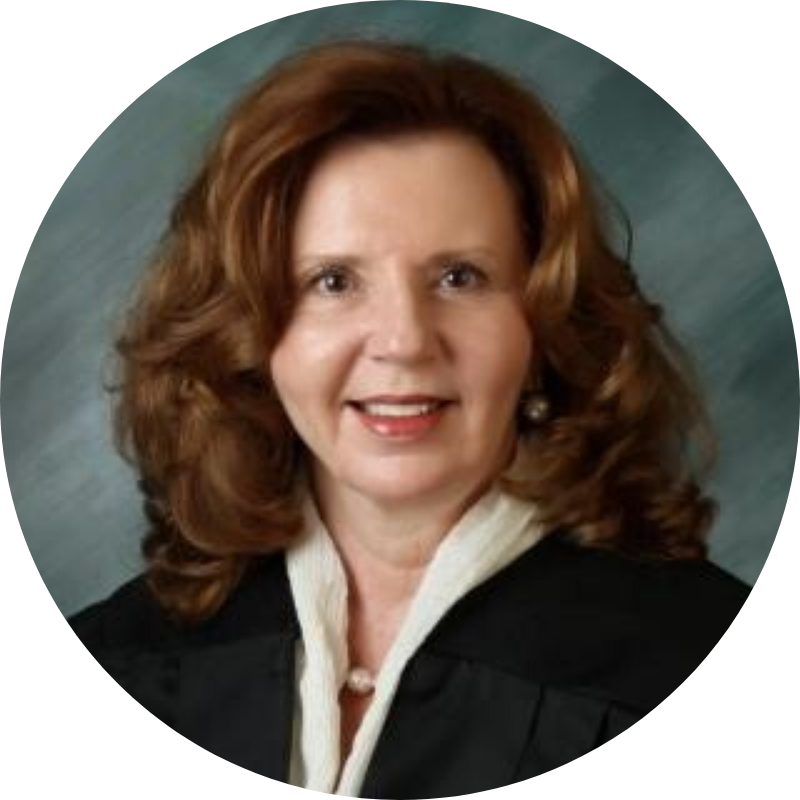 Mary Hotard Becnel began her legal career as an official court reporter.  She worked for Judge C. William Bradley, her mentor, who began his judicial career by hearing war crimes cases in Austria following World War II.  After attending the University of New Orleans night school and graduating from Loyola University New Orleans College of Law, Mary practiced law with her husband who wholeheartedly supported her career and encouraged her to run for a judgeship.  She was elected to the Louisiana’s 40th Judicial District Court in 1993, a general trial bench, and retired in 2017.

During her years on the bench Mary recognized the need for additional juvenile intervention and assistance.  She established and presided over Truancy Court and created CHARM School, a program for troubled girls going through the court system for various reasons.  CHARM is an acronym for Character, Heart, Attitude, Respect and Manners.  Her interest in juveniles and her passion for the arts led her to become a founding member of River Region Arts and Humanities Council which provides art outlets for children and general community exposure to the arts.  She is a past president of her local bar association, past president of the Louisiana Fourth and Fifth Circuit Judges Associations, and she served on the board of the Louisiana District Judges Association for many years.

Mary attended her first NAWJ conference in 1995.  She was NAWJ District 6 Director for two terms and co-chaired the 2013 annual conference in New Orleans, “Judging and All That Jazz.”  She also designed a pin and pendant for the conference, which was fabricated by a New Orleans jeweler and still sold today.

“I attended my first NAWJ conference not knowing anyone, but realizing that I needed the support and comradery of other women judges.  I found what I was looking for, and more.  I met outstanding women judges from all over the country who felt as I did, made good friends, and learned about cutting-edge topics.  I became a lifetime member at my first conference.  Now that I have retired, becoming a member of the Resource Board gives me the opportunity to assist NAWJ in return for all the benefits I derived from this wonderful organization.  My NAWJ friendships and associations will always remain very dear to me.”

Mary’s husband, Daniel E. Becnel, Jr., a nationally renowned trial lawyer, passed away recently after a long illness.  Having both graduated from Loyola, Mary donated to the law school for the establishment of the Danny and Mary Becnel Trial Advocacy Program.  She has two sons and two stepsons, three of whom are lawyers, and seven grandchildren.