Kathy Ireland, who commands a global lifestyle brand, will be honored by the National Association of Women Judges with the Lady Justice Award. She is publishing her first novel, Fashion Jungle, based on true stories that include painful aspects of her life the modeling industry.

Ms. Ireland will receive the award during NAWJ’s Annual Banquet on Friday, October 18, 2019 at the Omni Los Angles at California Plaza, held as part of NAWJ’s Annual Conference. The Banquet is scheduled from 7:00 p.m. to 11:00 p.m.

“There’s so many young girls who feel like they must succumb to inappropriate, even dangerous behavior,” Ms. Ireland told WFAA, a Dallas bases news station. “There were things that I experienced in my naïve youth, I went to people who were actually complicit in that behavior. Today, I would go to the police." Her novel, expected to be released January 28, 2020, tells the story of four women in the modeling industry. Events she experienced as a model inspired the book. 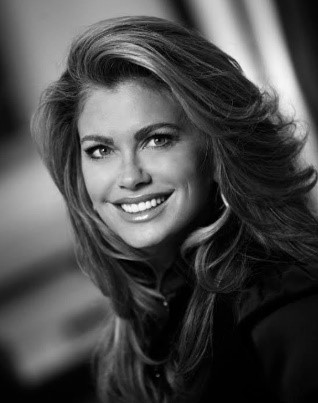 “I remember just sitting in stunned silence almost wanting to cry,” said Rachel Van Dyken, co-author, after beginning to work with Ireland on the book. “It’s really heavy stuff but it’s a message that has to be told. Anyone can identify with any of those women, any of those characters, especially in the environment that we’re in with the MeToo movement,” reports WFAA.

Today, Ms. Ireland is a business mogul. Founded in 1993, the kathy ireland® Worldwide brand that includes: fashion, fine jewelry, intimate apparel, skincare, accessories, weddings, home, office and more. Ms. Ireland has appeared on the cover of Forbes Magazine twice (2012, 2016), and is listed as the 25th most powerful brand globally by License! Global Magazine and according to Fairchild Publications, Kathy Ireland® is one of the 50 most influential people in fashion.