Jerrilyn Malana Honored by NAWJ as Recipient of its 2019 Florence K. Murray Award

Jerrilyn Malana is an accomplished attorney and community leader in and around San Diego, California, and is the 2019 recipient of the National Association of Women Judges (NAWJ) Florence K. Murray Award.

Ms. Malana will receive the award, chosen annually by the NAWJ Awards Committee, during NAWJ’s Annual Banquet on Friday, October 18, 2019 at the Omni Los Angles at California Plaza, held as part of NAWJ’s Annual Conference. The Banquet is scheduled from 7:00 p.m. to 11:00 p.m.

“Jerri does more for our community than any other single person I know,” says Heather Rosing, Past President of the San Diego County Bar Association.  In addition, she has an established record of commitment to the “honorable, ethical, and compassionate practice of law, and a commitment to supporting women in the law and judiciary, and the mission of NAWJ.”  She is known to work tirelessly to improve the legal profession through her leadership, educational efforts and mentorship. She formally and informally mentors countless young lawyers and young people aspiring to be lawyers.

She has strengthened NAWJ by serving as Friends Committee co-chair for its 2014 Annual Conference, and its 2019 Leadership Luncheon.  She has participated in NAWJ programs as a speaker at a #WeToo program in Sacramento; coordinated an Informed Voters/Fair Judges program in 2014 featuring California Chief Justice Tani Cantil-Sakauye; served as a planning committee member for women in prison programs “Success Inside & Out” and participates “Freedom Through Words” book club for incarcerated women; and mentors in popular outreach programs Color of Justice and MentorJet. She currently serves on NAWJ’s Personnel Committee. 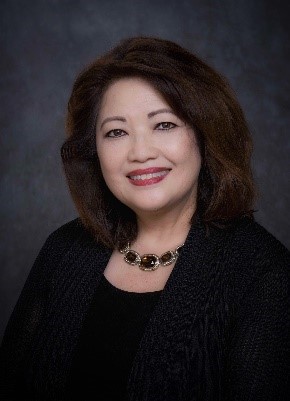 Ms. Malana presently serves as Chief Deputy District Attorney for Human Resources with the San Diego County District Attorney’s Office. Prior to joining the DA’s Office, she spent more than 16 years as an Employment Law attorney and shareholder at Littler Mendelson.

This award was instituted by its namesake, the Honorable Florence K. Murray, for presentation to a non-judge who, by example or otherwise, has influenced women to pursue legal careers, opened doors for women attorneys, or advanced opportunities for women within the legal profession. Justice Murray was the first woman appointed to the Rhode Island Superior and Supreme Courts. She was also the only woman in the Rhode Island Senate during her years in the State House from 1948-1956. While there, she sponsored legislation to abolish wage differences based on gender and for equal pay for teachers throughout the State. She also introduced a bill making it easier for a parent to get child support if a former spouse leaves the State, and another that led to the creation of State facilities for the care and treatment of alcoholics.