Hon. Holly J. Fujie is Recognized by NAWJ as its 2019 Joan Dempsey Klein Honoree of the Year

The Honorable Holly J. Fujie, Judge of the Superior Court of California, County of Los Angeles, is the 2019 recipient of the National Association of Women Judges (NAWJ) Joan Dempsey Klein Honoree of the Year Award.

Judge Fujie will receive the award, chosen annually by the NAWJ Awards Committee, during NAWJ’s Annual Banquet on Friday, October 18, 2019 at the Omni Los Angles at California Plaza, held as part of NAWJ’s Annual Conference. The Banquet is scheduled from 7:00 p.m. to 11:00 p.m.

“Judge Fujie has been very active in the promotion and selection of women and minority candidates for the bench. She has been a firm advocate for a diverse bench. She is very deserving of this award,” says NAWJ board of directors officer Judge Elizabeth K. Lee. Recently, she offered testimony before a California State Assembly Judiciary Committee hearing on Diversity in the Legal Profession (May 14, 2019). As State Bar of California President (2008-2009), she created and spoke on programs held at 16 law schools on the retention and advancement of women lawyers entitled “You Can Do It! Successful Women Lawyers Discuss Combining Families and Careers.” 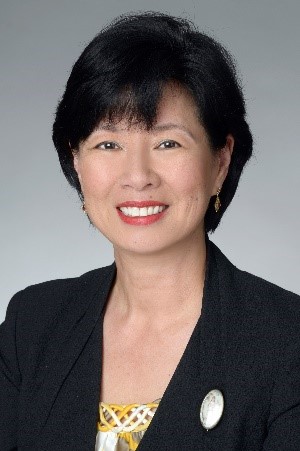 Known for her considerable qualities as a jurist, Judge Fujie is a frequent organizer of and speaker on programs involving substantive law, diversity, leadership and access to justice issues to national, state and local bar, court, and community groups. In addition to being President of the State Bar of California, she was Chair of the State Bar Committee on Regulation, Admissions and Discipline (2007-2008); President of the Chancery Club of Los Angles (2011-201); and Chair and member of U.S. Senator Diane Feinstein’s Judicial and US Attorney Advisory Committee for the Central District of California.

The Joan Dempsey Klein Honoree of the Year Award honors a judge who brings distinction to her office and to the NAWJ as exemplified by one of NAWJ’s founding mothers, California Appeals Court Justice Joan Dempsey Klein. In 1974, Justice Klein co-founded California Women Lawyers, and would go on to co-found the National Association of Women Judges, along with California Appeals Court Justice Vaino Spencer.