Annette Boyd Pitts, a nationally recognized law education and civic learning advocate, will be honored by the National Association of Women Judges (NAWJ) with its Norma Wikler Excellence in Service Award. She is Director of the Justice Teaching Center for Civic Learning at Florida Southern College, and is the principal author of The Florida Bar Benchmarks Adult Civic Education Program.

Ms. Pitts will receive the award, given by the President, during NAWJ’s Annual Banquet on Friday, October 18, 2019 at the Omni Los Angles at California Plaza, held as part of NAWJ’s Annual Conference. The Banquet is scheduled from 7:00 p.m. to 11:00 p.m.

Ms. Pitts has dedicated her professional life to educating the public about the judicial branch and its unique role in our constitutional structure. She has created a wide range of award-winning K-12 civics and law programs, instructional resources, and academic competitions for students. She assisted in the development of the inaugural Florida Supreme Court Teacher Institute, a multi-day training program for Florida teachers established under the leadership of Chief Justice Gerald Kogan. All seven Florida Supreme Court Justices serve as faculty for the institute using a case study approach. The program continues today and serves as a national model. She has worked with various committees within The Florida Bar and the Florida Department of Education to assist in the development of state education standards in civics and government. 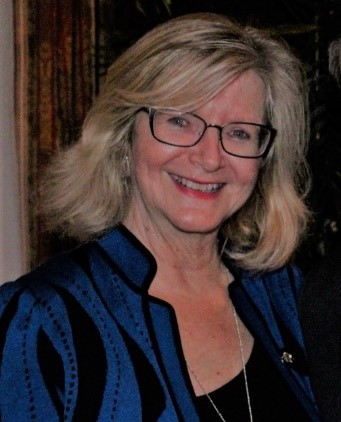 Ms. Pitts serves as faculty for numerous judicial colleges and conferences throughout the country. She is a widely respected civic and law education program developer, curriculum designer, trainer, and education policy consultant. She has worked in over 25 countries to advance education for democracy efforts and has administered trilateral international partnerships in Eastern/Central Europe and Latin America

Ms. Pitts has received numerous state and national awards including the National Improvements in Justice Award, Sandra Day O’Connor Award for Advancements in Civic Education, American Bar Association Isidore Starr Award for Excellence in Law Related Education, Council for the Social Studies Outstanding Citizen Award, and The Florida Bar President’s Merit Award for her contributions to public education and the justice system. She has authored numerous articles published in the International Journal of Social Education, Voir Dire, The Council for Basic Education, The Federal Lawyer, the American Forum, Quality Cities, The Florida Bar Journal, The Florida Voter, Social Education, and others.

The Norma Wikler Excellence in Service Award keeps the memory alive of one, Norma Wikler, who was founder and first director of the National Judicial Education Program to Promote Equality for Women and Men in the Courts (NJEP), which was sponsored by the NOW Legal and Education Fund and the National Association of Women Judges. NJEP led to the creation of over fifty gender bias task forces for the state and federal courts.