"On behalf of the members of the National Association of Women Judges, I want to express our profound sadness in learning of the passing of one the organization’s founding mothers, The Honorable Vaino Hassan Spencer,” says NAWJ President Judge Diana Becton, California Superior Court, Contra Costa County. 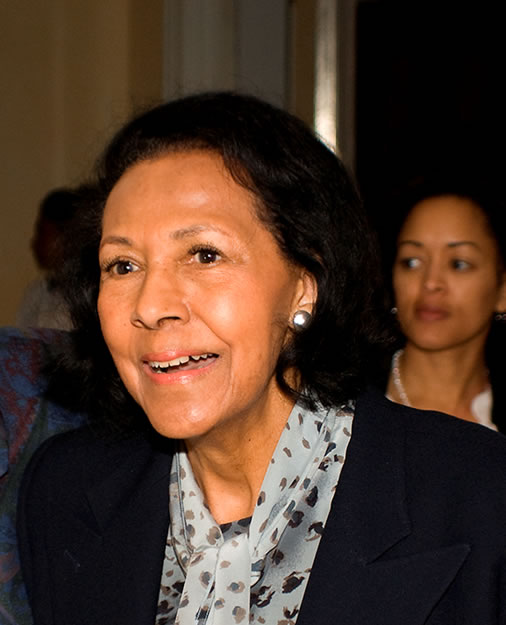 In 1974, after having founded the Black Women Lawyers Association, Justice Spencer joined with the former California Appeals Court Justice Joan Dempsey Klein, who co-founded the California Women Lawyers, to coordinate their efforts in support of women nominated to federal and state supreme courts. The seeds of these early collaborations grew into an organization to promote increasing the number of women in the judiciary and to address the gender bias problems experienced by the few women who were on the bench. More than 100 women judges gathered at the Westwood Marquis in Los Angeles, California from October 25-28, 1979 to convene NAWJ’s first national conference.

By 1980, just one year after the founding Conference, membership in NAWJ increased to 273 and included a number of male judges. When President James Carter took office in 1977, there were only ten women ever appointed to the federal bench.  By the time he met with NAWJ in October 1980, he had appointed 38 more. Justice Spencer would later remark:

We have been warmly greeted [everywhere], and we’ve gotten tremendous support, even from local judges who were openly resentful of our organizing initially.  They have come around to be quite supportive, and they’ve demonstrated that in supporting the various programs that we have addressing gender bias and race bias in our courts.

Today, NAWJ has a membership of over 1,200 members, women and men, judges, attorneys and associates who sit at all levels of the federal and state and local judiciary. NAWJ’s continues Its mission of promoting the judicial role in protecting the rights of individuals under the rule of law through strong, committed, diverse judicial leadership; fairness and equality in the courts; and equal access to justice. Senior members, having established their judicial careers now volunteer in improving the conditions of women in prison, reduce recidivism and support bonds between the incarcerated and their families. prepare NAWJ conducts education and outreach programs that explore current topics in Administrative, Military and Specialized Courts, Bankruptcy, Human Trafficking, and Informed Voters-Fair Judges, while also building networks and encouraging younger generations  to pursue careers in the law through its Bar to the Bench, Color of Justice, and MentorJet programs.