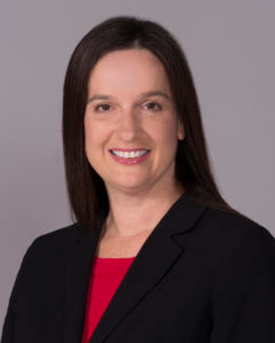 Linda Leali has had an extensive career devoted both to the legal profession and to public service. As a shareholder of Linda Leali, P.A., which she founded in South Florida in 2013, she maintains an active practice in the United States Bankruptcy Courts and regularly serves as a court appointed fiduciary, including as a receiver over businesses and properties.  Before founding her firm, Linda was a senior associate in the Miami office of White & Case LLP practicing exclusively in the area of Chapter 11 bankruptcy, and previously served as a consultant at the Miami office of Pricewaterhouse Coopers LLP.

Linda has served NAWJ in a variety of roles. In 2012, she served as co-chair of the Friends Committee for NAWJ’s annual conference held in Miami. In 2013, she joined NAWJ’s Resource Board, and in 2015 she was appointed as co-chair of NAWJ's flagship Informed Voters-Fair Judges voter education project.  www.ivp.nawj.org. In her role with the project, Linda was instrumental in arranging for the Broward County, Florida courts to present the Emmy Award winning public service announcement regarding jury service (sponsored by the NAWJ) daily to jury pools in the county.

For three years, from 2014 until 2017, Linda served as Chair of the Consumer Bankruptcy Committee in the Business Law Section of the American Bar Association, one of the most prominent committees of consumer bankruptcy attorneys in the country. Linda regularly instructs both lawyers and judges on various substantive legal topics, including receivership, civil litigation and bankruptcy law, and has served as a faculty member at the Florida Circuit Court Conference and before the Eleventh Judicial Circuit. Linda has also served as an adjunct professor of business law at Florida Atlantic University's School of Accounting.

Linda currently serves as a member of the Florida Bar Constitutional Judiciary Committee, where she actively promotes public education for fair and impartial courts. Linda also serves as a board member for the Florida Youth Orchestra located in Davie, Florida, where her eleven year old daughter Violet is a first violinist in the Symphony Orchestra.  Previously, Linda served as a member of the Board of Directors of Legal Services of Greater Miami, where she participated in public outreach on financial education for disadvantaged populations.  She has also served as a member of the board of the Southeastern Division Children's Home Society, which provides foster care services to children in need.