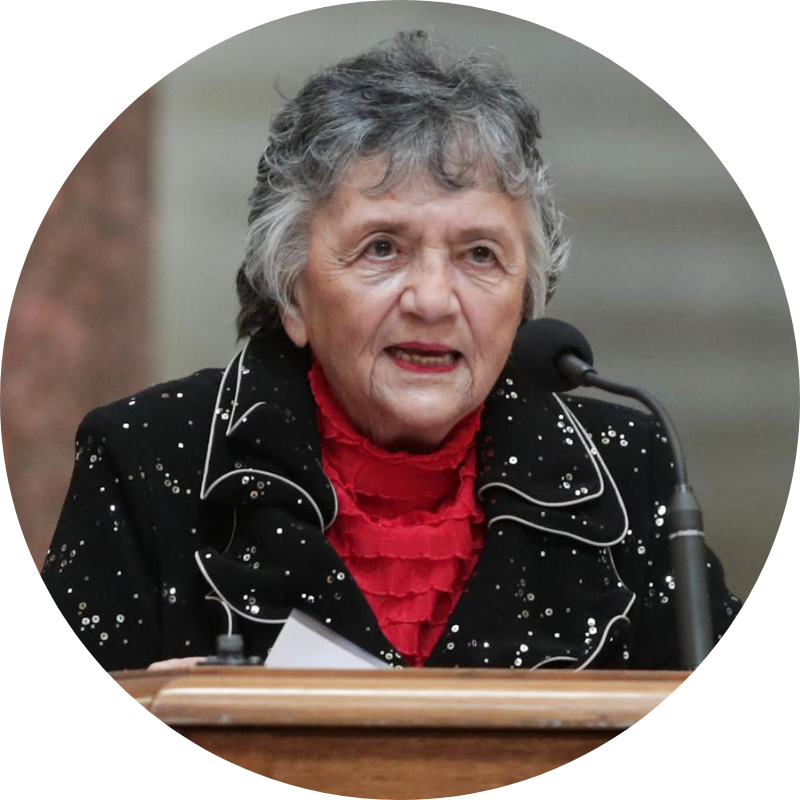 Chief Justice Shirley Abrahamson, long time NAWJ member and the recipient of the 2015 Joan Dempsey Klein Award, passed away on December 19, 2020. She was a mentor and dear friend to many NAWJ members.

Born and raised in New York City, Chief Justice Abrahamson received her bachelor’s degree from NYU in 1953 and her law degree from Indiana University Law School in 1956. She was a lecturer in constitutional law and political science at the University of Wisconsin, where she continued her education earning a doctorate of law in American legal history from the University of Wisconsin Law School.  Chief Justice Abrahamson was the first female lawyer hired by the Madison law firm, La Follette, Sinykin, Doyle & Anderson. Within a year of joining the firm at age 28, she was named a partner. She was appointed to the Wisconsin Supreme Court by Governor Patrick Lucey in 1976; the first woman to serve on the Supreme Court. She became Chief Justice in August 1996 and served in that capacity until her retirement in 2019.

Chief Justice Abrahamson broke many barriers for women and was a champion of civil rights and a strong advocate for open government and public records. In 2004, she received the American Judicature Society’s Dwight D. Opperman Award for Judicial Excellence. In 2009, the National Center for State Courts awarded her the Harry L. Carrico Award for Judicial Innovation for serving as a national leader in safeguarding judicial independence, improving inter-branch relations and expanding public outreach.