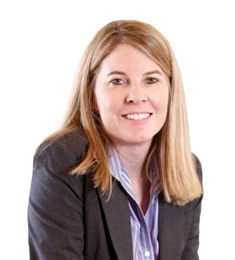 Kelly M. Dermody, Esq. is Managing Partner of the San Francisco office of Lieff, Cabraser, Heimann & Bernstein, LLP.  She chairs the firm’s Employment Practice Group and specializes in class and collective actions on behalf of employees. Ms. Dermody is supervising many of the most significant and challenging employment class action lawsuits in our nation today, including complaints brought by female and minority professionals alleging gender/race discrimination by top Wall Street firms, overtime pay lawsuits against nationally prominent corporations, and ERISA claims that she has tried on behalf of employees and retirees for pension plan abuses.

Kelly has been a leader in organizations devoted to serving the public interest. In 2012, she served as President of the Bar Association of San Francisco. She is a member of the College of Labor and Employment Lawyers and past member of the ABA Labor and Employment Law Section Governing Council. She currently serves on the ABA Litigation Section Attorney-Client Task Force and previously served as Co-Chair of the ABA Labor and Employment Law Section Annual Conference, Committee on Diversity in the Legal Profession, and Equal Employment Opportunity Committee. She has also participated in numerous civic committees, including the Katrina Task Force, the Carver Healthy Environments and Response to Trauma in Schools Steering Committee, the Lawyers Committee for Civil Rights of the San Francisco Bay Area, the National Center for Lesbian Rights, Pride Law Fund, and Equal Rights Advocates.

The Daily Journal has selected Ms. Dermody as one of the top 100 attorneys in California (2012-2015), top 75 labor and employment lawyers in California (2011-2016), and top 100 women litigators in California (2007, 2010, 2012-2016). In 2016, the Recorder awarded her the “Dragon Slayer” award for her litigation work.  Kelly has received numerous awards from organizations, including the Anti-Defamation League, the Lawyers’ Committee for Civil Rights of the San Francisco Bay Area, California Rural Legal Assistance, Legal Momentum, Equal Rights Advocates, Centro Legal de la Raza, and Bay Area Lawyers for Individual Freedom. NAWJ awarded Kelly with the Florence K. Murray Award in 2010.

She has been a member of the NAWJ's Resource Board since 2005 and served as co-chair from 2009 to 2011.  In 2010, she was co-chair of NAWJ’s 2010 Annual Conference Friends Committee.  At the 2012 NAWJ Annual Conference, she moderated a panel discussion on judicial independence entitled "We Can Do It! Fighting Back to Protect Judicial Independence."  Kelly’s commitment to judicial independence is further demonstrated by her active role in having organized the Informed Voters/Fair Judges Project, a program dedicated to educating the public about the importance of an independent judiciary, as well as her membership in NAWJ’s Judicial Independence Committee.