“NAWJ's Board of Directors and I are thrilled to have Priya join our NAWJ family,” NAWJ President Judge Tamila Ipema said. “She is brilliant, experienced, creative, and kind with a great vision for our organization. She is extremely passionate about NAWJ’s mission and is a perfect fit. I am confident Priya will take NAWJ to new heights,” Judge Ipema added.

During her tenure at NAPABA, Priya applied innovative and creative strategies to grow the organization’s revenue and membership. As the architect of the NAPABA Convention, she reimagined the attendee experience, expanded the sponsorship base, and strategically placed future year conventions to align with NAPABA’s business needs. 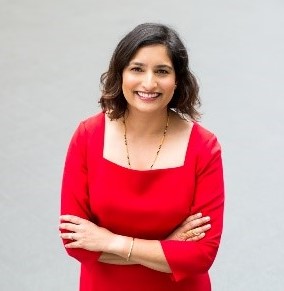 “I am excited for the tremendous opportunity to lead NAWJ at this pivotal juncture in its history,” said Priya. “Since its founding, NAWJ and its members have shown a deep commitment to diverse judicial leadership, fairness and equality in the courts, and equal access to justice. As we look toward the next 40 years, I will carry this pledge forward and harness the power of our vibrant membership to advance the administration of justice.”

Priya holds an undergraduate degree in Political Science from the University of Florida and a Masters in Women’s Studies from the George Washington University.

About the National Association of Women Judges

Since 1979, NAWJ has been recognized as the premier voice for women jurists in the United States and the only association representing all levels of the judiciary. NAWJ’s mission is to promote the judicial role of protecting the rights of individuals under the rule of law through strong, committed, diverse judicial leadership, fairness and equality in the courts, and equal access to justice