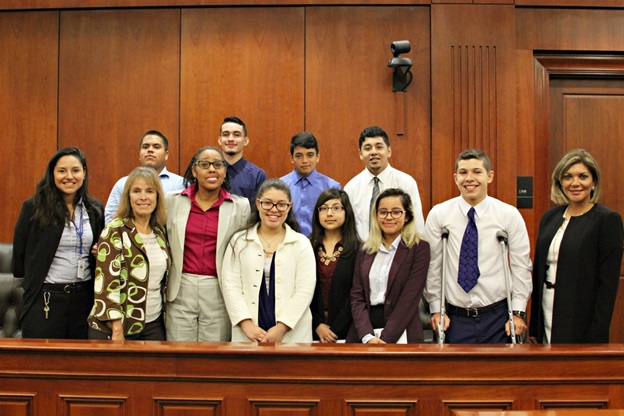 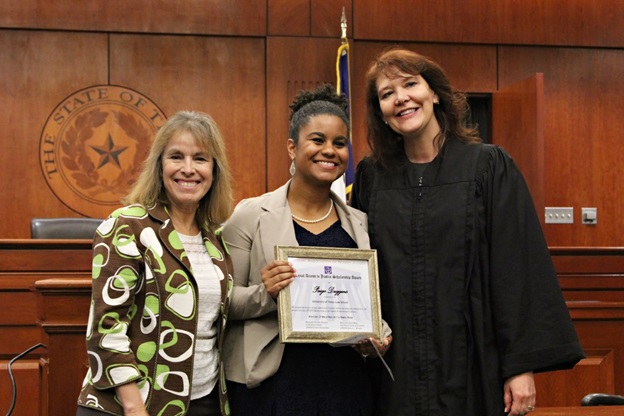 As part of the program, University of Texas second year law student, Paige Duggins received a $1,000  NAWJ Equal Access to Justice Scholarship for her demonstrated and passionate commitment to the achievement of equality of opportunity and access in the justice system. She shared her interest in the law and her leadership role in developing a “Race and Ethics” program, which was a recipient of the Pro Bono Beacon Award, and her volunteer work with the Youth Court and the INCLUDE Program.

Since its formation in 1979, NAWJ has served as a leading voice for jurists dedicated to promoting the judicial role in protecting the rights of individuals under the rule of law; engaging in civic education about the importance of a fair judiciary free from influence of special interest or political influence; providing a voice in significant matters that affect the administration of justice; ensuring equal justice and access to the courts for all, with a focus on women, minorities, and other historically disfavored groups and vulnerable populations; promoting the advancement of women at all levels of the judiciary; and providing judicial education on cutting-edge issues. NAWJ was founded over 38 years ago by two visionaries – Justice Joan Dempsey Klein and Justice Vaino Spencer – and 100 brave and intrepid women judges committed to forming an organization dedicated to these ideals.

NAWJ members welcomes women and men, trial and appellate, administrative, tribal and military judges, on federal, state and tribal courts at every level of the judiciary, throughout the country, and international tribunals. Members are judges, commissioners, attorneys, law clerks, law students, professors and legal experts of all kinds committed to our mission.