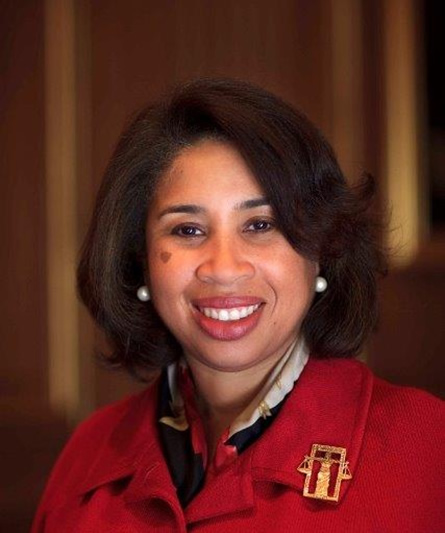 NAWJ District Four has selected The Honorable Anna Blackburne-Rigsby as the recipient of its bi-annual Edna G. Parker Award.  The award will be presented at a reception on Thursday, November 2, 2017 from 5:30 pm -7:30 pm in the atrium of the E. Barrett Prettyman Courthouse, 333 Constitution Avenue N.W. in Washington, D.C.  United States District Court (District of Columbia) Chief Judge Beryl A. Howell and United States Supreme Court Justice Sonia Sotomayor will attend.

Judge Blackburne-Rigsby teaches professional responsibility as an adjunct faculty member at the David A. Clarke School of Law of the University of the District of Columbia. She has also taught courses at Harvard Law School and for the District of Columbia Bar. An active leader and member of various legal, judicial, and community organizations, Judge Blackburne-Rigsby has served as president of the National Association of Women Judges, chair of the Washington Bar Association’s Judicial Council, and as a past chair and current member of the Board of Managerial Trustees for the International Association of Women Judges. Locally, she is supportive of youth organizations. Judge Blackburne-Rigsby has received numerous awards for her legal, judicial, and community service, including the Women’s Bar Association of the District of Columbia’s “2014 Star of the Bar Award.”

Edna Parker was a dedicated jurist, devoted mother, and a fearless champion for justice.  She served on the United States Tax Court.  The award honors her memory and inestimable value to the Washington area community and the National Association of Women Judges.  Awardees are selected on the basis of their outstanding achievements and accomplishments that reflect the ideals embodied in the spirit and legacy of Edna G. Parker, including honoring the notion of service performed in the District Four’s region of Maryland, Virginia and the District of Columbia demonstrating leadership and commitment to improving or demonstrating to others the significance of leadership in furthering the cause of justice.

Listed below are the recipients of the award to date:

May 1997: Hon. Bess B. Lavine, District Court of Maryland

May, 2010: Hon. Gladys Kessler, U.S. District Court for the District of Columbia

For more information and to register your attendance contact Lavinia Cousin lcousin@nawj.org or Tel: 202-393-0222.