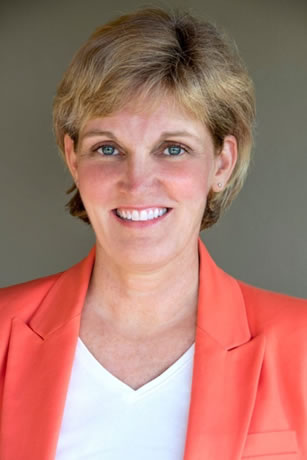 The Honorable Karen Matson Donohue is this year’s recipient of the Justice Vaino Spencer Leadership Award. She is a Judge on the Seattle Municipal Court, and she has been an active member of NAWJ since 2011.  The NAWJ community will benefit  from the substantial and relevant education programs Judge Donohue’s has produced through her multi-year work planning programs for this year’s NAWJ annual conference in Seattle. Judge Donohue had also been volunteering significant time to NAWJ as Project Manager of its new website. NAWJ’s site would not appear has elegant as it does without the well-organized coordination and management of multiple parties.

Judge Karen Donohue joined the Seattle Municipal Court bench in January, 2011, where she currently serves as Presiding Judge.  Judge Donohue served two terms as Assistant Presiding Judge and is a member of the Court’s Executive Team.  Judge Donohue is the Washington State Chair for the National Association of Women Judges (NAWJ), co-chair of the education committee for the 2016 NAWJ Conference and has served on the NAWJ Website Committee. She is a board member of the Washington State District and Municipal Judges Association (DMCJA), is co-chair for the DMCJA education committee and has served on the DMCJA Department of Licensing Liaison Committee and the Uniform Citation Committee.  Judge Donohue is the Chair of the Trial Court Coordinating Council, a member of the King County Bar Association Award Committee and the Regional Law, Safety & Justice Committee and regularly volunteers to judge law school and youth mock trials. In 2012, Judge Donohue co-founded Seattle Youth Traffic Court.

Prior to joining the bench, Judge Donohue worked as a Judge Pro Tem in several district and municipal courts, in a general practice firm, as a law clerk/bailiff,  prosecutor and defense attorney, consultant and solo practitioner, director of a game board company and as General Counsel at a global telecommunications consulting and network development firm.  In 1998, Judge Donohue relocated to Dublin with her family for a year, where she also acted as General Counsel to an Irish mobile phone company.

Judge Donohue lives in Seattle, where she and her husband, Jack, raised three children.