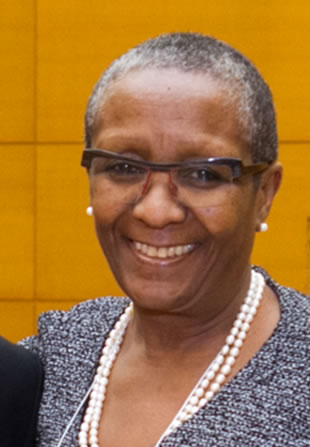 The Honorable Cheryl Gonzales is the Housing Court’s Supervising Judge for the Civil Court of the City of New York, Kings County.  Judge Gonzales is currently NAWJ’s District Two’s Director, but she has long served as a key force in the New York Women in Prison Committee, many  years acting as its chair, organizing programs in many of New York’s major detention center for women, including successfully moving the highly regarded inmate education program, Bard Prison Initiative from Bayview to Taconic, driving an annual Beyond the Bars holiday gift effort for children and grandchildren of women inmates, and her current leadership among the team fighting to improve the condition and programs that support women moved from Danbury, CT federal facility to Brooklyn you read about in last month’s Update.