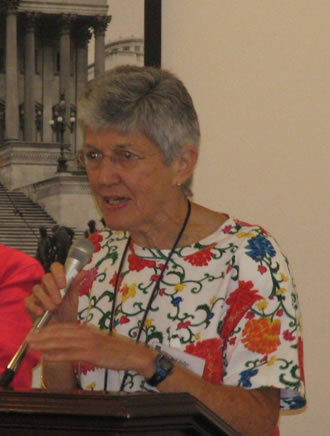 Judge Murray,  Chief Administrative Law Judge at the United Sates Securities and Exchange Commission was President of NAWJ 1992-1993. Judge Murray has long shared chairpersonship of NAWJ’s Women in Prison Committee with Justice Betty Williams. She instituted and organized one of the first re-entry conferences for women inmates in Maryland, Women Moving Forward. The leadership she brought to this program has drawn the appreciation of inmates who were better prepared to sustain lives outside prison, and admiration of the facility management. Ever since Judge Murray and other judges pressed the Senate Judiciary Committee for gender-specific policies for incarcerated women back in 1995, she has put forth a strong voice in offense to their neglect. Most recently, Judge Murray has maintained this commitment in advocacy for the federal inmates transplanted from Danbury to Brooklyn.