The Honorable Bernadette D’Souza, President of the National Association of Women Judges (NAWJ) announces Chief Justice Bernette Joshua Johnson an honoree of the Association’s 2020 Lady Justice Award. The award will be presented on Thursday, March 12 at the Keynote Luncheon of NAWJ’s Midyear Conference taking place March 11-13, 2020 in New Orleans, Louisiana. Chief Justice Johnson is the Louisiana Supreme Court’s 25th Chief Justice and is a “true civil servant” who has spent her entire professional life serving Louisiana and its citizens, and her profession. NAWJ presented Chief Justice Johnson with the Justice Joan Dempsey Klein Award in 2013 and is proud to honor her with the Lady Justice Award.

NAWJ’s Lady Justice Award honors a member of the NAWJ community who uses their person and position with equanimity, respect, transparency and impartiality to advance the values of its mission to promote the judicial role in protecting the rights of individuals under the rule of law through strong, committed, diverse judicial leadership; fairness and equality in the courts; and equal access to justice.

Chief Justice Johnson’s judicial career began in 1984 when she was the first woman elected to serve on the Civil District Court of New Orleans. In 1994, her colleagues elected her Chief Judge. She was then elected to serve on the Louisiana Supreme Court in 1994 and was re-elected without opposition in 2000 and 2010. As the senior justice on the Court, she was sworn in as Chief Justice on February 1, 2013. 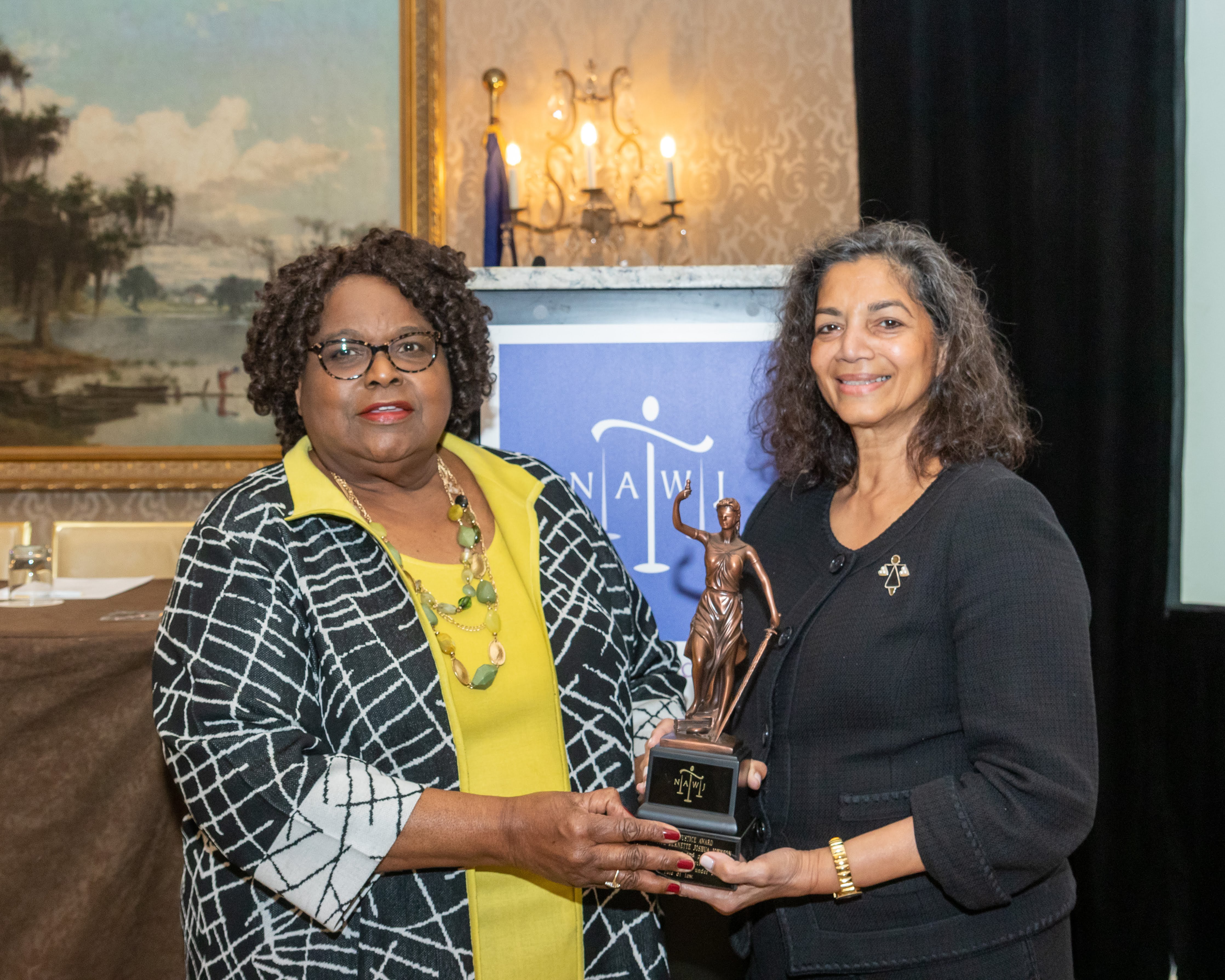 On the bench, Chief Justice Johnson emphasizes principles of fairness and equality. She has served on the National Campaign on Best Practices in the area of Racial and Ethnic Fairness in the Courts. She has also championed many successful initiatives, including the training and certification of the Limited English Proficiency Interpreters in the courts and the implementation of an electronic filing system for the Louisiana Supreme Court. Chief Justice Johnson has always been an advocate for social justice and civil rights. Following law school, she became the Managing Attorney of the New Orleans Legal Assistance Corporation (NOLAC), where she provided legal services to clients in socio-economically deprived neighborhoods.  She practiced in federal, state, and juvenile courts, advancing the rights of children, the poor, the elderly, and the disenfranchised.

Individual tickets for the luncheon may be purchased by non-registrants for $60. For more information, please email jmihoc@nawj.org no later than Monday, March 9 to secure a seat. Please note that a luncheon ticket is already included for full registrants of the Midyear Conference.

The National Association of Women Judges is a non-profit, non-partisan organization of approximately 1,000 federal, state, administrative, tribal and military judges from across the country.  For 40 years, NAWJ has served as the nation's leading voice for jurists dedicated to ensuring equal access to justice in the courts for women, and other historically disfavored groups; providing judicial education on cutting-edge issues; and increasing the numbers and advancement of women at all level of the judiciary.