Ms. Malhotra will receive the award, chosen annually by NAWJ’s Executive Committee, during NAWJ’s Annual Banquet on Friday, October 18, 2019 at the Omni Los Angles at California Plaza, held as part of NAWJ’s Annual Conference. The Banquet is scheduled from 7:00 p.m. to 11:00 p.m.

Ms. Malhotra successfully organized the educational and professional development of international judges at NAWJ annual conferences for over ten years. Over four hundred judges from countries of every continent in the world have taken advantage of the opportunity to learn best practices from America’s leading jurists, and develop networks to help conquer challenges in their home countries.

Ms. Malhotra provides technical criminal justice expertise and guidance on how to assess, design, implement, monitor and evaluate criminal justice reform and development programs that are consistent with U.S. foreign policy goals and directives. In this role, she has conducted assessments of over 25 countries. She also serves as an advisory resource for INL program managers on criminal justice reform efforts, including how to engage with different political and legal systems. She is the primary author of INL’s Guide to Justice Sector Assistance and contributor to the INL Guide to Gender in the Criminal Justice System. 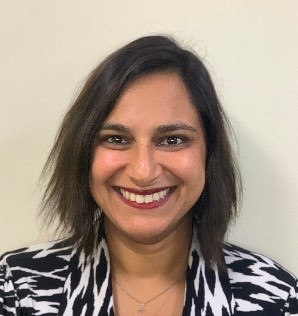 Prior to joining the State Department, Ms. Malhotra served as a Rule of Law, Justice and Security Specialist for the United Nations Development Programme in New York. She was also UNDP’s point person for both Security Sector Reform and Addressing Sexual Violence, and helped establish the Office of the Special Representative of the Secretary General for Sexual Violence in Conflict.  Before moving to New York, Ms. Malhotra worked for UNDP-Iraq as a Governance Specialist, working with the Government of Iraq and relevant national and international partners on the development and implementation of multi-million dollar comprehensive rule of law programs.  Prior to joining UNDP-Iraq, Ms. Malhotra worked as a consultant for various United Nations entities in Vietnam assisting on several legal sector development programs.  Ms. Malhotra started her legal career at a private law firm where she worked on a variety of international civil litigation issues.  Ms. Malhotra has a Juris Doctorate (with a focus on International Law) as well as a Master’s Degree in International Affairs from American University in Washington D.C.  She received her B.A. from McGill University in Montreal, Quebec, Canada, where she had a joint major in Economics and Political Science and a minor in International Development Studies.

The Mattie Belle Davis Award honors a member dedicated to furthering and supporting women in the legal profession, and who has gone above and beyond his or her role as member and volunteer to help make a difference in the organization and furthered its mission, as the Honorable Mattie Belle Davis did.