'YOUTH v GOV' – an independent feature-length, award-winning documentary about the groundbreaking children’s climate case, Juliana v. United States – will begin streaming globally, in over 31 languages, on Netflix starting Friday, April 29th.  The more people who watch it on Netflix in the first few days following its premiere, the more frequently it may appear as a suggested option for others to discover and watch – so please try to watch it on Friday and over the weekend if you’re able!

The film’s release on Friday comes at an important moment in our litigation as the Juliana youth plaintiffs await an imminent decision on a motion to amend their case, where a favorable decision could put them back on the path to trial. Its premiere on Netflix also offers a rare opportunity for audiences worldwide to see a film about an active groundbreaking, historically significant lawsuit that is still moving through the U.S. court system right now. It tells the story of the groundbreaking constitutional climate case brought by 21 young plaintiffs – whose conclusion is still unwritten – and their quest to secure children’s legal rights to a safe climate. 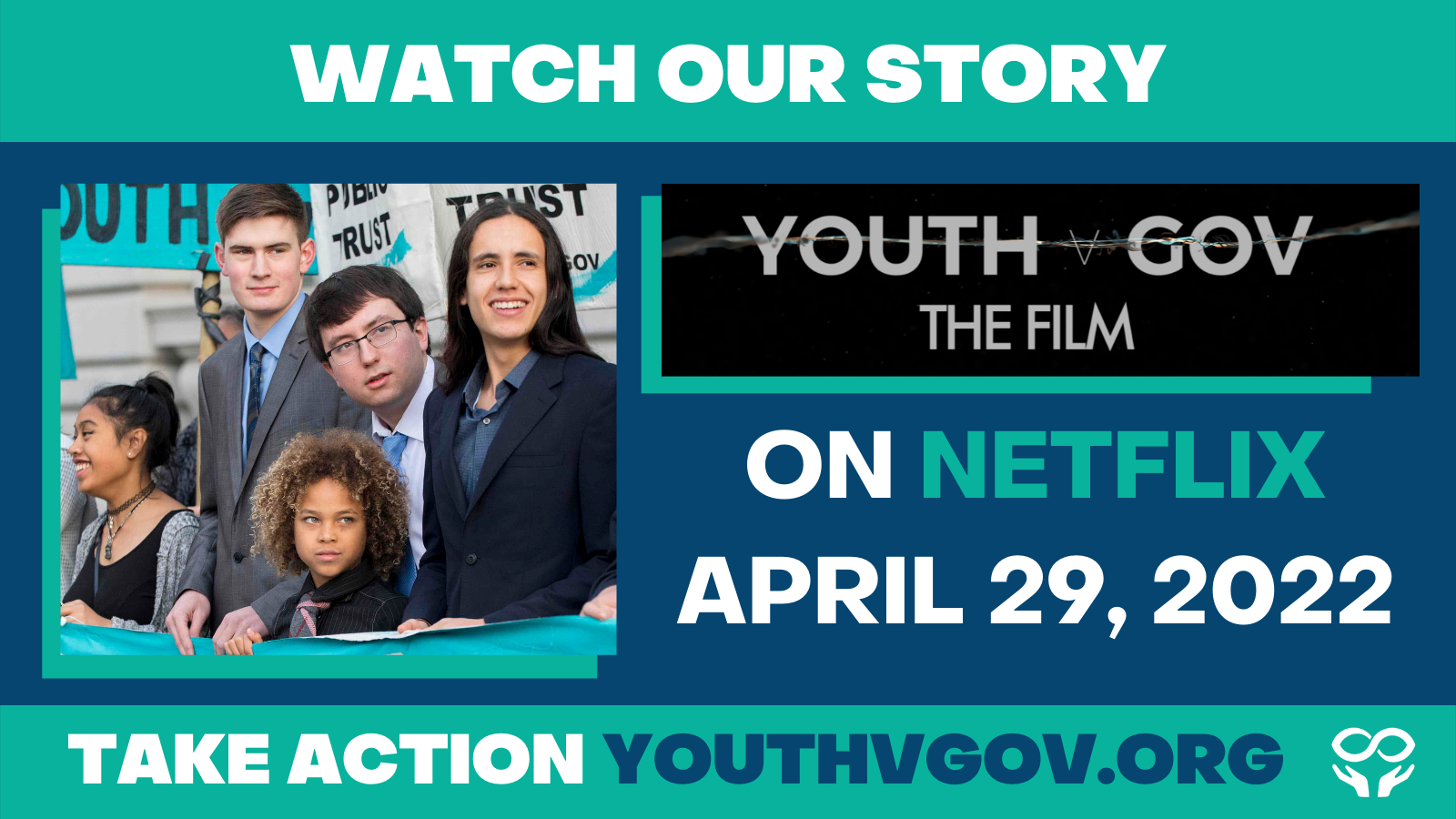