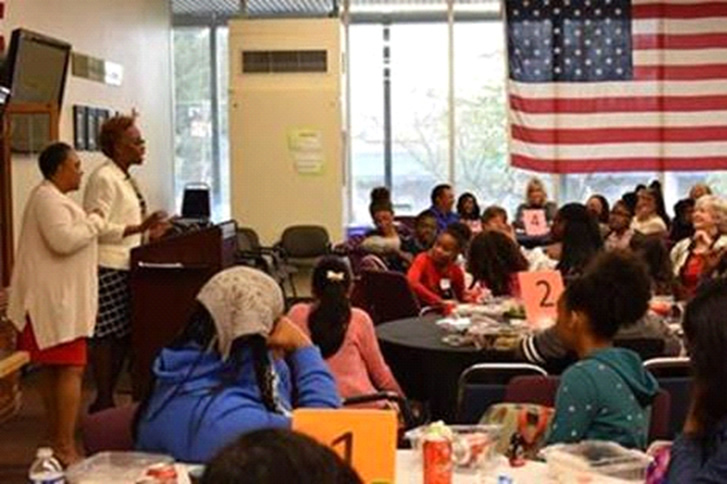 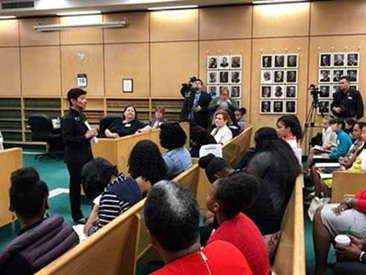 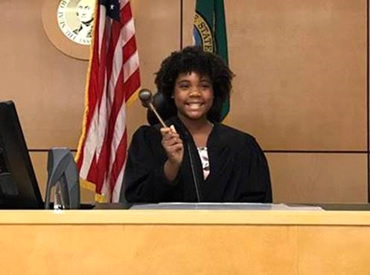 In Washington state, like many other places in the country, there is what is known as the “gavel gap,” where the racial and gender make-up of the judicial branch don’t reflect the people who walk into the courtroom.

Whitener received a grant from the National Association of Women Judges to host a day-long workshop called The Color of Justice. She organized the networking event for about 80 young women between 11 and 18 years old in Pierce County Thursday.

Whitener’s goal is to encourage more women of color to become judges.

“If you don’t have different perspectives, the interpretation of the law will be skewed. The society is diverse and the law needs to be perceived through diverse eyes,” she said.

Whitener refers to herself as “Ms. Diversity.”

She wanted that diversity to also be reflected in the crew she assembled Thursday.

“I look around at my colleagues and I see so many powerful women of color, and that really excited me, so imagine what that does for a young girl,” said State Supreme Court Justice Mary Yu, who attended the event.

Yu is the first woman of color to sit on the State Supreme Court.

“We need to look like the community that we serve. Until we do I don’t think we can be as just as we want to be,” she said.

“We have to be able to have institutions that are representative of the people that we serve,” said Galvan.

For Whitener, she hoped the Color of Justice event would be a day where more young women see themselves in the judges, but she also hoped to also push the envelope about the importance of perspective.