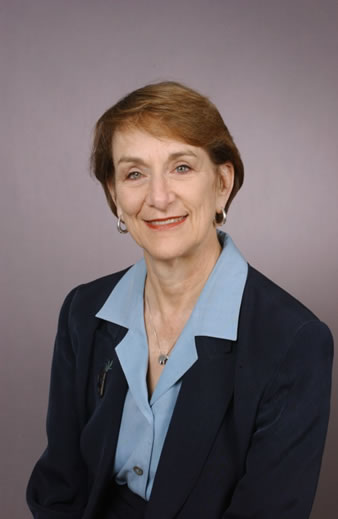 The NAWJ Award Committee announces The Honorable Judith C. Chirlin the 2016 Justice Joan Dempsey Klein Honoree of the Year. This award honors a judge who brings distinction to her office and to the NAWJ as exemplified by NAWJ founding mother, Justice Joan Dempsey Klein. Judge Chirlin, retired from the Los Angeles Superior Court, has been a member of NAWJ since 1985. She has been a leader in legal and judicial education in the United States and around the world. Most recently, Judge Chirlin has been instrumental in bring judges from other countries to participate and attend NAWJ’s popular annual conferences, chairing the Conference Scholarship Committee. Because of Judge Chirlin, thousands of international judges have benefited from the learning environment born at the conferences.

Judge Judith C. Chirlin, currently the Executive Director of the Western Justice Center and a part-time neutral with Judicate West, was appointed to the Los Angeles Superior Court in 1985.  She is a graduate of The George Washington University (BA in Political Science), Rutgers University (MA in Politics from the Eagleton Institute of Politics) and the USC Law School (JD).  She was the first woman to serve in the Judicial Fellows Program (now known as “Supreme Court Fellows Program”) where she worked on the staff of the Administrative Assistant to Chief Justice Warren Burger on projects to improve the administration of justice.

Over the years, Judge Chirlin has been involved in numerous efforts to improve the legal system and the administration of justice in California, throughout the nation and around the world.  In 1984 she designed and from that time through the present, has participated in seminars called “So You Want to be a Judge” for women’s, minority and other bar associations throughout the state.   Those seminars have been widely recognized as having demystified the process of judicial appointments in California and having resulted in significantly increased diversity in judicial appointments throughout the state.  Judge Chirlin has also been called upon to consult on judicial selection in other states, discuss judicial selection on panels at national meetings and testify before the United States Senate Judiciary Committee on the subject of diversity in judicial appointments.

Judge Chirlin has served on numerous state and national committees and boards.  She is a past Chair of the Board of the American Judicature Society, a national organization dedicated to improving the justice system.  She has held numerous positions in the Women Lawyers Association of Los Angeles, California Women Lawyers, National Association of Women Judges and the International Association of Women Judges.  She also served as Vice Chair of the California Gender Bias Task Force and as a member of a Blue Ribbon Panel Investigating the Problems of Women in Prison, both by virtue of appointment by the Chief Justice of California.  She is a member of the Board of the American Bar Association’s Center for Rule of Law Initiatives (“ROLI”.) She is also a member of the International Advisory Board of the CEELI Institute in Prague, the Czech Republic.  In 2011, she served as vice-chair of a Blue Ribbon Panel appointed by Los Angeles Mayor Antonio Villaraigosa to investigate and report on safety and security at LAX.  She recently completed service as a member of the Strategic Evaluation Committee appointed by the Chief Justice of California to evaluate and make recommendations regarding the functioning of the Administrative Office of the Courts.

Judge Chirlin has traveled extensively, consulting on court reform and teaching programs for foreign judges, lawyers, police officers and other legal professionals.  Among the countries she has traveled to in that capacity are Peru, Chile, El Salvador, Honduras, Russia, Slovakia, Latvia, Bulgaria, Czech Republic, Serbia, Iraq, Jordan, Morocco, Turkey, Georgia, Oman, Ecuador, Moldova, Qatar, Libya and Tunisia.  She was the American Bar Association’s representative on a delegation of the International Legal Assistance Consortium (“ILAC”) that traveled to Baghdad in August of 2003 to assess the Iraqi legal system and make recommendations regarding what ILAC’s member organizations could do help the Iraqi justice system.  As a partial result of the ILAC report, Judge Chirlin has taught three programs entitled “Judging in a Democratic Society” to judges from Iraq.  (Those courses were taught in Eastern Europe.)  Both the former (Interim) Justice Minister of Iraq and the first judge in the trial of Saddam Hussein were participants in the first session of the Iraqi courses.  Judge Chirlin also participated in the development of and then taught a special course for the first female judicial candidates admitted to the Iraqi Judicial Training Institute (“JTI”) since the 1970’s. The first session of that program was held in Turkey, the second (which included as participants judges who teach at the Iraqi JTI) in Jordan in July and October of 2006, respectively.

She has taught “Train the Trainers” courses focusing on effective methods of adult education for a variety of groups in programs in The Czech Republic, Jordan, Georgia, Oman, Ecuador and Moldova.  In March of 2009 she was one of six instructors (the only American) in a course on International Human Rights Law for Iraqi lawyers, conducted in Prague.  She then traveled to Kurdistan and was one of two “international experts” in conferences on “Judicial Federalism” and “Judicial Independence.”  The conferees were the highest level of Judges, Ministry officials and Members of Parliament from Iraq and Kurdistan (the northern region of Iraq.)  In July of that year, she spent a week in Prague with the members of the Iraqi Committee on Judicial Independence to help them design their plan for enhancing judicial independence in Iraq.  And in March of 2010 she served as Faculty Dean in a “Train the Trainers/Intellectual Property” course for judges and judicial educators from Kazakhstan.

In 2011, working with the US Secretary of State’s Office of Global Women’s Issues, Judge Chirlin helped develop and then facilitated a 2 week program in Washington, D.C. for Iraqi women activists.  The purpose of the program was to assist them in developing programs to combat gender based violence in Iraq and to educate American policy makers on the conditions for women in Iraq.  She recently worked with the Secretary’s Office of Global Women’s Issues helping to develop a program for high level Iraqi officials from all branches of government, designed to address the particular issues of widows and orphans in Iraq.  That program, which Judge Chirlin facilitated, was held in Washington, D.C. in June, 2013.  Participants included the Chief Justice of Iraq, a Member of Parliament, a Ministry Official and the leaders of two major civil society organizations that work on problems of widows and orphans in Iraq.

In January of 2012, she travelled to Libya with a team from ROLI to assess the legal system and identify projects the ABA can do to assist the Libyans in establishing the Rule of Law.

In December of 2012 she again worked with the Secretary of State’s Office of Global Women’s Issues, helping develop and then facilitate at a weeklong program in Miami for “country teams” from 12 English speaking Caribbean countries.  The purpose of the program was to help the teams develop programs to combat gender based violence.

Judge Chirlin retired from the Los Angeles Superior Court, effective September 30, 2009. In November of 2011, she became Executive Director of the Western Justice Center in Pasadena, California.  WJC designs and promulgates programs to foster alternative dispute resolution in the courts and peaceful resolution of conflicts in schools and communities.  WJC has recently created the Institute for Safe & Inclusive Schools which offers a number of innovative programs to address bias, bullying and the myriad of other problems facing our schools today. She also works part-time in private dispute resolution; she has started a non-profit foundation to support justice system improvement projects that enhance the rule of law.  She also continues in her work in the international arena.