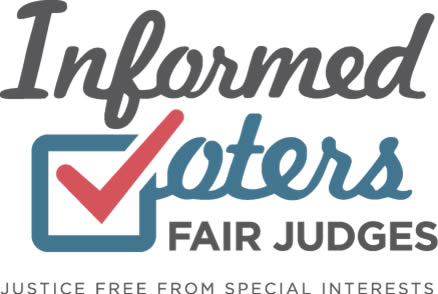 The dust is settling as four Kansas Supreme Court Justices remain safely on the bench after a brutal battle between politics and justice. Throughout this past election year, special interest groups with deep pockets and political agendas have been pumping millions of dollars into vicious campaigns against sitting judges whose past rulings have disagreed with outside partisan preferences.

The efforts to remove sitting judges whose rulings have disrupted outside groups’ political agendas, is neither a new nor passing trend. Throughout 38 of the states where justices are either directly elected or face periodic retention elections, special interest groups have become major players in partisan warfare. According to the Brennan Center for Justice, over $25.6 million in campaign funding was spent on televised advertising throughout the 2016 election year. While $11.3 million of that funding came from outside groups; also known as dark money due to its untraceable origin. Their recognizable tactics, televised ads that attack sitting judges, try to convince citizens that judges should be more accountable to voters’ partisan preferences rather than rule fairly and impartially based on the law. Kansas Court of Appeals Judge Karen Arnold-Burger, who was recently up for retention and witnessed the impact of dark money attacks ads first-hand says, “if people do not understand the basic civics of the three branches and the purpose of the judicial branch, they are more willing to believe whatever they are told.”

Although Kansas, along with several other states, adopted merit selection several years ago to keep politics separate from the judicial branch, dark money has a tendency to pop up every few years when judges stand for retention. This rising trend of partisan warfare in state judicial elections has stimulated a new era of civic education, with the Informed Voters Project of the National Association of Women Judges at the forefront of the initiative. Preemptive of these attacks on the judiciary and recognizing that their success or failure would depend on their  ability to mislead voters and decrease public confidence in the judiciary, the Informed Voters Project was launched in 2012 to help combat dark money with civic education.

Elections blur the publics’ persona of judges and politicians. Teaching voters that judges are meant to be indifferent to popularity, unlike politicians, is an especially challenging task when dark money is actively seeking to decrease public confidence in the judiciary. Having used the Informed Voters Project’s resources during her recent awareness sessions, Kansas Court of Appeals Chief Judge Karen Arnold-Burger found that “being able to demonstrate that this was a national problem recognized by a neutral, non-partisan organization, allowed justices to highlight that the defense against the attacks was not supreme court justices trying to save their jobs but something bigger.”