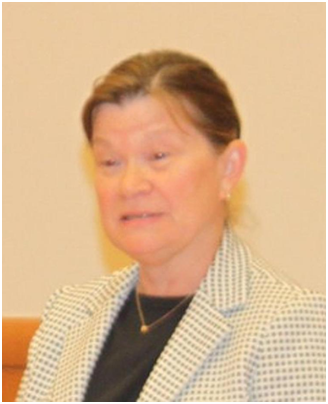 Brooklyn Magistrate Judge Cheryl Pollak wants to get to the bottom of the
"unconscionable conditions" found at the Metropolitan Detention Center in Brooklyn.

A federal judge said Thursday she is reluctant to remand female defendants to the Metropolitan Detention Center in Brooklyn in light of “unconscionable” conditions found at the jail.

Brooklyn Magistrate Judge Cheryl Pollak ordered that representatives from the U.S. Bureau of Prisons and the Brooklyn U.S. Attorney’s office appear in her courtroom on Oct. 27 for a hearing on what is being done to fix the problems.

“I would like to get to the bottom of this before I remand anyone to MDC,” Pollak said. “Some of these conditions wouldn’t surprise me if we were dealing with a prison in Turkey or a Third World Country. It’s hard for me to believe it's going on in a federal prison.”

Pollak’s comments were made at what would normally have been a mundane hearing for Ana Espinal, who is facing jail time for repeatedly violating the conditions of her supervised release on a 2013 drug conviction.

Pollak said that despite Espinal’s conduct, she is more troubled by the conditions at the MDC cited in a recent report by the National Association of Women Judges.

The report blasts the Sunset Park facility. The report, obtained by the Daily News, states that “unconscionable conditions” found at the jail during a visit in 2015 remain so to this day.

“The absence of fresh, clean air, the complete absence of sunlight, and the absence of ANY outdoor time and activities are immediate issue which BOP has failed to address in any meaningful fashion,” the report says. 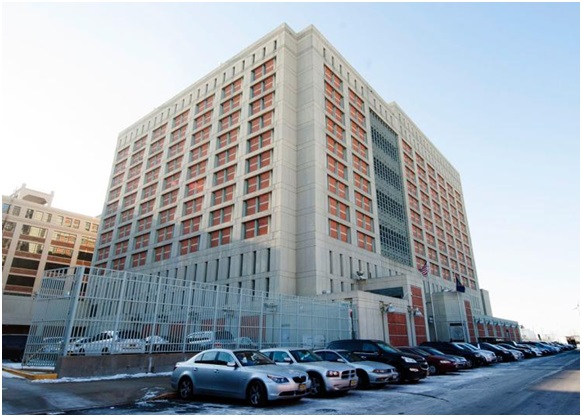 (Pollak said the Metropolitan Detention Center in Brooklyn is like a "Third World country.")

The troubled jail was even rocked last week by a large fight between MS-13 and Crips gang members.

There are 161 women held at the MDC in two large, windowless rooms. The women are kept in the rooms “24/7” with no opportunity for outside exercise,” the report says.

There is a room with two stationary bikes, no fans, and no window.

Pollak added several anecdotes of her own — a pregnant inmate who had been prescribed bed rest due to hemorrhaging was forced to stand for two hours for a headcount, rotten food served to inmates, insufficient number of computers to prepare for cases, and no air conditioning for weeks last summer. 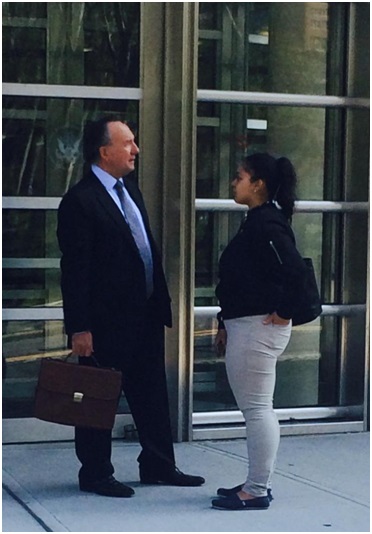 (The jail's conditions are so bad that Judge Polak refuses to send female defendants like Ana Espinal (r.) to the Metropolitan Detention Center in Brooklyn.

The judge noted that Espinal is not deemed to be a danger to the community or a flight risk, which would have made the decision whether to remand her more urgent.

The MDC’s warden admitted to the visiting judges that medical service is a problem and “did not defend it,” the report states.

The News reported last June that Brooklyn Federal Judge Leo Glasser granted a rare prison furlough to an elderly Colombo gangster who was complaining about the lack of medical treatment for his life-threatening illnesses.

“I understand the MDC is not the Mayo Clinic, but I also understand that even the MDC or the Bureau of Prisons has an obligation to see to it that a person in need of medical attention is receiving it appropriately and adequately,” Glasser said.

The NAWJ report concluded that the Bureau of Prisons had failed to address the problems cited in the 2015 and 2016 reports.

The Bureau of Prisons media office did not respond Thursday to a request for comment.

“Unlike 2015 when there seemed to be some energy in the group, the impression was that these women (in June 2016) had all but given up hope that things would get better. The lethargy was almost palpable,” the NAWJ report concluded.