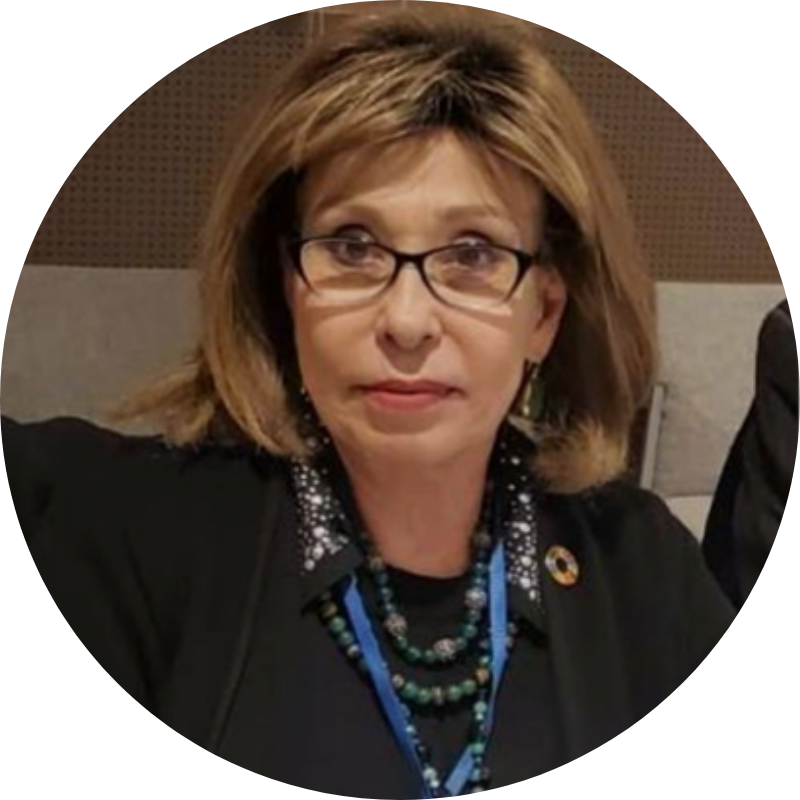 The NAWJ 42nd Annual Conference included a one-day program with International Federation of Peace and Sustainable Development (IFPSD). Mrs. Sally Kader, Founder and President of the IFPSD hosted the day with her distinguished guests from nations around the world. Speakers included United Nations former and current ambassadors and peacekeeping officials sharing what work has been done to bring gender equality within the UN, and within the nation communities it serves. The afternoon included a presentation from Junie Joseph, an expert on transitional justice issues in South Africa, and a panel on Sexual Harassment in the Courts, with Judge Michelle Childs, 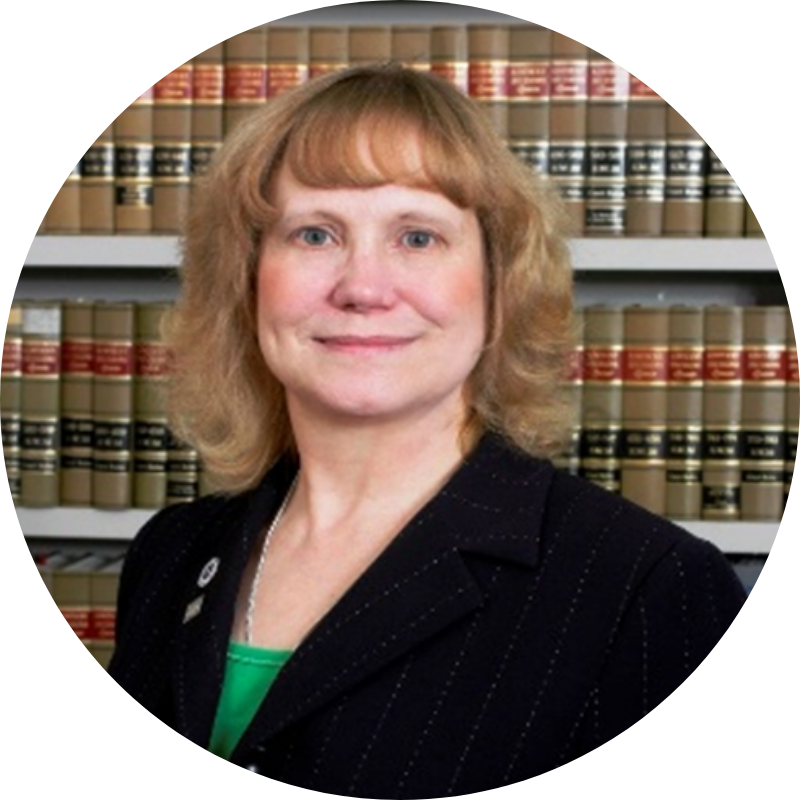 What the United Nations Has Done

Mrs. Kader applauded the UN Security Council for its August 2020 adoption of Resolution 2538 which strengthened the awareness of the importance of women in peacekeeping operations and set about a framework to track the UN’s progress in realizing women’s participation throughout all operations and leadership in peacekeeping. Senegal’s Brigadier General El Hadji Babacar Faye, Chief of Staff at the United Nations Office of Military Affairs, appeared to remind attendees that on October 31, 2000 the UN attempted to address gender equality in access to justice in the adoption of UN Security Council Resolution 1325, whose Interagency Network on Women and Gender Equality established an Interagency Taskforce on Women, Peace and Security  chaired by the Special Adviser on Gender Issues and Advancement of Women. Since then, he said, 123 countries have adopted the resolution’s gender advancing principles as the UN seeks to find peace around the world. His countryman, Mr. Adama Dieng, UN Special Adviser on the Prevention of Genocide, remarked on the growth of women’s participation in Missions being dependent on increasing women’s participation in leadership roles in national governments, combating discrimination of women to and from particular occupations, and speaking out against bias against disfavored groups. Ambassador Elizabeth Flores Flake, Permanent Representative of Honduras to the United Nations, expressed horror that over 243 million women and girls 15 to 49 years old have experienced violence from an intimate partner within the last 12 months.

What More for the UN

Ambassador Elizabeth Flores Flake: “While the UN raises awareness of such traumas, it has failed to stop corruption, and abusive work environments within its own organization and in member states. What is needed are healing systems for victims and perpetrators to mitigate the impact and trauma, and more importantly to stop the cycles of abuse. The UN itself remains male dominated, and its culture does not respect and value women’s voices and contributions as much as it does for men.”

Ambassador Fatima K. Mohammed, Permanent Observer of the African Union to the United Nations: “Women have been instrumental in driving change without being in leadership. Women are responding to many of the crises facing our world. They are leading and trust-building at the community. They are disseminating information and good practices at the national level.  And, they are championing advocacy to positively re-think our actions and responsibilities as we come together to respond to global challenges. The Development Goals outlined in Agenda 2030 and Agenda 2063 of the African Union can be reached by re-imagining women’s and youth engagement in building transformed societies.

Both Lt. Col. Lausanne Ingabire, Chief and Director of Gender J9 (Civil-Military Relations), Rwanda Defense Force, and Major Seynabou Diouf, United Nations Peacekeeping Officer, UN Organization Mission in Democratic Republic of the Congo, recounted their on-the ground implementation strategies to create working environments for women that not only increase their numbers in the peacekeeping core, but also ensure flexibilities are available for women to meet their twin goals of professional and familial development.

Mrs. Kader summarized by pointing to accountability. Punishment for peacekeeping officers who violate, abuse and transgress is not enforced, she reminded. The perpetrators’ home country must step up to hold them accountable. Women do not know where to go to complain. Women victims are less likely to share their experiences with men and are more likely to share their abuse to women. It is important that more women are deployed throughout the peacekeeping force. Brigadier General El Hadji Babacar Fay answered that there are processes in place to keep abusive perpetrators out of the core.

Col. Linda Strite Murnane (USAF, Ret), who last year spoke compellingly on her experience handling the power imbalance of a woman staffer who experienced workplace impropriety introduced a former colleague, Ms. Junie Joseph, who was formerly a Human Rights Officer in the UN Mission to the Central African Republic. Ms. Joseph, who is now a law student in Boulder, Colorado and a City Councilmember, gave an account of her work life experiences while a part of the UN’s mission in the Central African Republic, that echoed Lt. Col. Ingabire and Major Diouf challenging experiences for women on everything from housing to few networks for women (only 5% women). Many times, she was “the only woman in the room.” Workplace safety was a particular burden. Ms. Joseph: Personal safety should not be socially bargained. Her mission experienced 13-armed groups, gender-based violence, indiscriminate looting and beating, internally displaced people reliant on UN aid, particularly women and children, as states are weak and lack resources.

In the United States

Economic advancement does not necessarily ensure a safe working environment for women.  During an engaging panel, “Challenges in the U.S. Court Systems and in the Practice of Law in the United States,” judges and attorneys who work within US legal systems discussed advancements in removing harassment from the workplace in the wake of allegations of misconduct against former federal Ninth Circuit Judge Alex Kosinski, and other issues related to harassment in the practice of law. Moderated by Kelly Dermody, a partner at Lieff, Cabraser, Heimann & Bernstein, LLP, and NAWJ Resource Board member, the panel examined harassment on the Bench and the challenges that come with intercepting that abuse.

The Honorable Michelle Childs, judge on the U.S. District Court for the District of South Carolina and current ABA Judicial Division Council Chair, relayed Chief John Roberts 2017 response to form a working group dedicated to sexual harassment, of which the Hon. Margaret McKeown is a leading member. Similar working groups were created in Circuits around the country, as well as the establishment of a federal Office of Judicial Integrity which serves as a confidential reporting resource, and response authority. She emphasized that trainings should expand to educate personnel on what is inappropriate conduct, and that judges should know their reporting duties.

The Honorable Toni E. Clarke, Circuit Court for Prince George's County, Maryland (Retired) and past chair of the ABA Judicial Division Council, reinforced the importance of training and responding to incidences and accusations of harassment and abuse. Mentoring processes for new judges should be instituted.  She added, if an accused judge can correct their ways, courts may see good in handling allegations internally. In addition, there is healing value in courts sharing accountability measures with accusers; this helps accusers achieve closure. Judges are speaking out more because they have come to realize that other judge's behavior may reflect on the integrity of all judges on a bench.

Dahlia Lithwick, a journalist and author who covered the Ninth Circuit where Alex Kosinski was a judge, admitted knowledge of the ‘open secret’ of Kosinski’s abuse. She offered the notion that sexual harassment and abuse are often above power. Costs to come forward appeared too high for victims who remained silent. A study on sexual assault on campuses showed it required four women coming forward before someone was disciplined, that an accusation was taken seriously. We are reluctant to believe one accuser is telling the truth.  Ms. Lithwick: “This makes what happens in the judiciary different; the system will not correct itself, will not police itself.” People go to newspapers because organizations’, courts included, internal due process systems did not work.  From judges one hears: “other chambers are like other families. I saw X and I saw Y and it is not my job to tell another judge how to run their chambers.” There is a strong culture of each judge being responsible for what happens in their own chambers.” Bystander training is crucial for educating people how to go up to another judge and say, “that’s not cool.”

Judge Clarke mentioned, responding to charges, holding accusers accountable and relaying judgements to accusers are important elements of internal systemic responses that assist in the public not seeing and knowing the judiciary as a source of dysfunction.

In the past, reporting bad behavior in the courts would most likely get one fired, and most certainly in private practice, one would lose their job. Today, there is a cultural shift. It begins with the knowledge that people think about harassment different today. Sometimes questioning an accuser may be seen as being unfair.

More interventions for the Bench followed. Judge Clarke suggested associations hold plenaries on identifying sexual harassment. Judges should take up roleplay exercises in all sides of an instances of harassment. Civics education is still important for K-12, and college. Ms. Dermody suggested NAWJ could lead in collecting data on complaints filed, and what actions are taken which would help in uncovering the field at play.

It was an engaging day for all who attended. By the day’s end many found respite in the virtual tour of the United Nations and in the Argentina wine tasting!