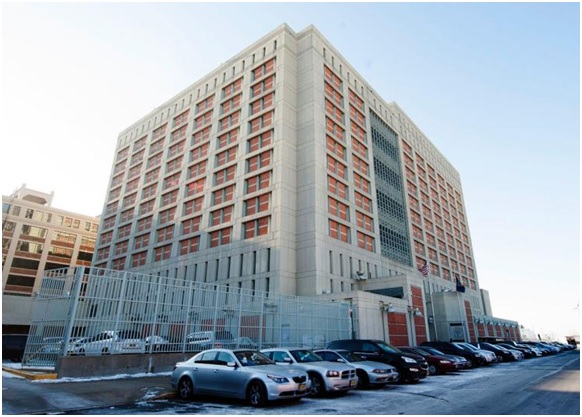 A federal judge has been put on notice that staff at the Metropolitan Detention Center may be retaliating against female inmates who complain about conditions at the troubled jail.

The attorney-in-charge for the federal defenders in Brooklyn made the complaint in a letter to Magistrate Judge Cheryl Pollak who has ordered an evidentiary, hearing on Oct. 27 about allegations of unconstitutional conditions of confinement for female inmates.

"Several reports have been made to our office over the last week of derogatory remarks by MDC staff to female inmates regarding judges and federal defenders 'meddling' in MDC business," lawyer Deirdre von Dornum wrote.

There have also been allegations that MDC staff opened the inmates' private legal mail outside their presence, according to von Dornum.

Pollak was prompted to investigate the conditions after a panel of judges from the National Association of Women Judges toured the MDC and found "unconscionable" conditions, including lack of sunlight and fresh air, spoiled food, and inadequate medical care.

The judge has said she is reluctant to remand women to the jail until she can determine what the U.S. Bureau of Prisons is doing to remedy the longstanding problems.

Pollak made public the lawyer's letter, as well as a March 18, 2016 letter from Manhattan office of the U.S. Occupational Safety and Health Administration stating that it had received allegations of workplace hazards at the MDC which appear to have been made by employees. The disposition of the case was not immediately available.

The U.S. Bureau of Prisons media office did not respond to a request for comment.

Eight letters written to Pollak by female inmates who have read about her efforts in The Daily News were also made public Monday.

"I finally feel that I haven't been left here to die and be forgotten about," wrote one inmate whose name was redacted.

Several inmates suggested that they should receive credit for two days for every day served at the MDC because it's hard time given the conditions.