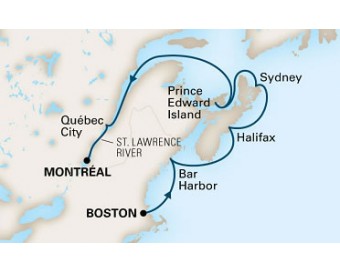 Discover a kaleidoscope of beauty and history in Canada and New England – from scenic coastlines to classic lighthouses. All in the spacious elegant comfort of the ms Maasdam.

The cabins reserved for NAWJ at the group rate will not be available after February 19. After that date, cabins will be booked at the regular cruise rate. Nancy Curtis (619-917-5507 ) should be contacted immediately by anyone interested in the cruise.

Taxes, fees and port expenses are an additional $210 and subject to change. *Assuming double occupancy. Single occupancy 200% of cruise fares.

For more details not found on this site, including inquiries for cabin mates, contact cruise coordinator Nancy Curtis at curtistravel2@gmail.com.

Each traveler's NAWJ registration fee includes an education session, a reception onboard and a cruise memento.

Register online OR download and complete this registration form and mail or email to:

Registration must be received by NAWJ no later than your final payment to the cruise line.

*Fee applies to all members of NAWJ and IAWJ, and their family, friends and guests. 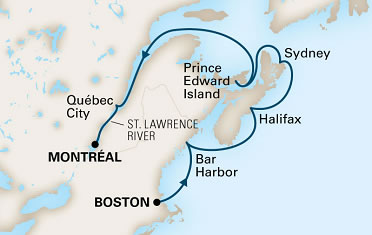 ONBOARD
Premiere screening of Liz Canner's documentary film on campus assaults. The film is still in production, and is expected to be released in time for NAWJ's cruise.
Education session of ethics for judges including special considerations for retired judges.
A special cocktail reception exclusive to NAWJ's group.

Cruising the Gulf of Saint Lawrence

Get together for Brunch with Canadian members of IAWJ at an historic restaurant near the port where we disembark.