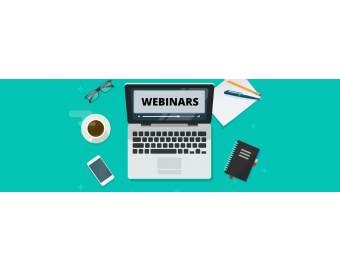 Escape from Kabul – and Those Left Behind:

Join NAWJ and IAWJ as we mark the “International Day of the Endangered Lawyer” – January 24 – by celebrating the “sisterhood” of courageous and inspiring women judges worldwide who are continuing to fight for the women and girls – and the future – of Afghanistan.

As Afghanistan fell in mid-August 2021, the Taliban were out for blood. Among those at greatest risk for reprisals were the country’s 270+ women judges, who are the antithesis of all that the Taliban stands for. The women judges are in the greatest danger, because the Taliban flung open the doors to prisons across Afghanistan as they seized control of one province after another, leaving convicts free to carry out their vendettas against the judges who put them behind bars.

But the Afghan women judges were not alone. The members of the International Association of Women Judges (“IAWJ”) have long had close ties to their Afghan “sisters-in-law.” Seeing the writing on the wall, the IAWJ leapt into action. Within hours, an ad hoc band of women judges around the world had mobilized and were working in concert to do what U.S. authorities seemingly could not or would not do – to seek to rescue their Afghan colleagues. The IAWJ’s efforts have been nothing short of Herculean and heroic – with the stakes (quite literally) “life-or-death.”

Bleary-eyed and hunched over their computers 24/7, for weeks on end, with no prior experience in military logistics, a small, dedicated network of IAWJ members communicated with the Afghan women judges around the clock – from counseling them on passport and visas, negotiating to get their names (and their families’ names) on flight manifests, and guiding them from their hiding places to safe houses, to monitoring ever-changing “safe” routes to the airport and working with foreign armed forces to secure the passage of the women and their families past airport gates and safely onto flights, and providing support for them upon their arrival at their destinations (to say nothing of the efforts required to raise the requisite funding).

Since August 2021, 197 women judges have been evacuated from Afghanistan. They are now spread throughout the world in 33 countries, including 24 in the United States. The NAWJ, through International Director Lisa Walsh, has created mentor “teams” in the US communities where the Afghan judges are resettled. The goal is to assist the judges in assimilating, learning English, obtaining meaningful work, and, for some, reaccrediting themselves in the legal profession in the U.S.

Join us for an engaging, interactive conversation including gripping first-hand, “behind-the-scenes” accounts of the dire plight of Afghan women judges, including those who remain in the country today, as well as those who have escaped and are now in the process of resettling and face daunting challenges rebuilding their lives in their new homelands.

Learn how you can make a difference – what you can do to help.

Click here to access a statement issued by the United Nations on January, 20, 2023, regarding legal professionals in Afghanistan facing extreme risks and needing urgent international support. 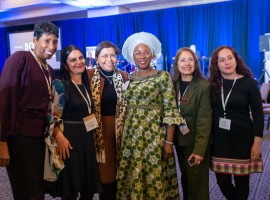 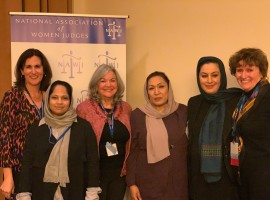 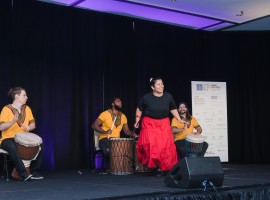 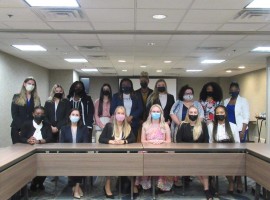 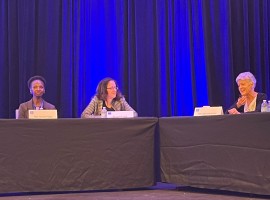