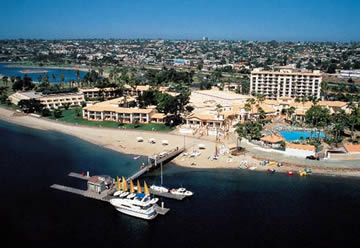 NAWJ’s first-ever Southwestern Regional Conference held August 24-26th at the fabulous Joan B. Kroc Center for Peace & Justice on the campus of the University of San Diego, and hosted by Districts 12 and 14, proved to be a rounding success. The brainchild of NAWJ President Brenda Loftin, this enormously energizing Conference enjoyed the support of Diamond Landmark Sponsor LexisNexis and 20 San Diego area law firms and corporate sponsors, including the San Diego Padres formerly owned by Joan B. Kroc. All members of the NAWJ Resource Board and the San Diego Friends Committee were invited to attend as our guests. Our indefatigable Friends Committee, great staff, and wonderful Judicial Host Committee joined the star-studded speakers to make this a truly stand-out event.

Crowning the Conference was the standing-room-only assembly of 340-Luncheon guests for the Keynote Address delivered by Justice Sandra Day O’Connor that Saturday afternoon. Justice O’Connor’s gracious participation and her wise and challenging commentary on the imperiled state of judicial independence represented the linchpin for the Conference’s exploration of the nature and status of judicial independence and its relationship to judicial diversity. It was our great pleasure to then present the second Justice Sandra Day O’Connor Scholarship to Thomas Jefferson Law student Christie Edwards.

Over 65 registrants attended the entire Conference, including 47 judges and dozens more attorneys, sponsors, students and other guests, which spanned two plenary sessions on judicial diversity, judicial independence and racial and gender bias; remarks on trends in campaign contributions in judicial elections; and a possible roadmap to statewide judicial diversity.

Focusing on the nature, measurement and elimination of bias in judicial evaluation polls, the second plenary session centered on recent fascinating studies and the observations of three leading academic experts--Professors Cheryl Harris and Jerry Kang of the UCLA School of Law and Professor Sylvia Lazos of the University of Nevada William Boyd School of Law.

Lest it be thought that substance alone carried the day, it should be noted that the Conference also featured two lovely receptions, poolside breakfasts, and a number of other networking opportunities for NAWJ members and other judicial attendees. Two NAWJ Access to Justice Scholarships were awarded at the Friday evening reception, to California Western Law student Sarah Yousuf and University of San Diego Law student Hasmik Badalian.

We would like to thank the supporters of the Southwest Regional Conference.