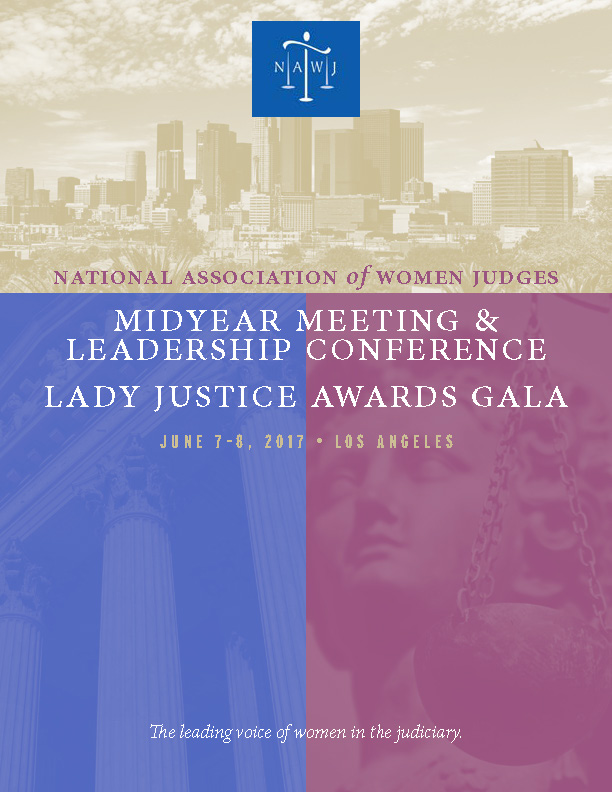 Honoring Our Past - Pressing Toward the Future for Access, Fairness, and Diversity
NAWJ Midyear Meeting and Leadership Conference
June 7-8, 2017
Los Angeles, California

From June 7-8, 2017 in Beverly Hills, California, NAWJ hosted, as part of its annual Midyear Meeting, a Leadership Conference and red carpet Lady Justice Awards Gala which highlighted eight of their highest achieving heroes, and twelve of California’s most distinguished law school deans.

Thought provoking programs included Drug Safety and the Aging Population: Navigating Medication Use; Legal Implications of Entertainment and Media in the Internet Age; and Diversity and the Entertainment Industry. NAWJ recognizes and thanks all those involved for such an unforgettable experience.