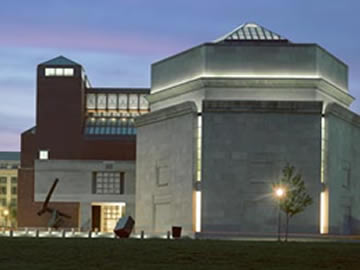 Judicial Spectacular at the 2010 Midyear in Washington, D.C.

The bar has moved yet higher for NAWJ Conferences with this year's 2010 National Association of Women Judges Midyear Meeting and Leadership Conference held March 11-14th in Washington, D.C. thanks to the meticulous planning, program and support of NAWJ President Dana Fabe, Past Presidents Vanessa Ruiz and Noel Anketell Kramer, Finance Chair Anna Blackburne-Rigsby, and the deft fundraising of local barristers Conference Host Committee Chairs Deborah Israel, Nancy Long, and NAWJ Resource Board Co-Chair Elaine Metlin, whose care and execution made the near 400 attendees and participants' conference experiences memorable, valuable and historic.

And, perhaps it was tellingly fitting that the first person to arrive on the scene, hours before the program was to begin, was the President of the International Association of Women Judges (IAWJ) Hon. Leslie Alden, Judge on the Fairfax Circuit Court in Virginia. Greeting staff and interns with excitement as finishing touches on the setup for the evening Conversation between American Supreme Court Justices Ruth Bader Ginsburg and Sonia Sotomayor, and British U.K. Supreme Court Justice Lady Brenda Hale concluded, Judge Alden's bright and early presence symbolized the cross country and transnational experiences that pervaded the Conference starting with the Conversation among the Justices and continuing with a fresh perspective on the lessons the Holocaust still affords judges as they enact the law, Korean Supreme Court Justice Kim, Young-ran's all too familiar story of breaking barriers as a female in Korea, and the generous hospitality of the Korean Ambassador and other embassy representatives who hosted Midyear Conference attendees to a fabulously delightful reception of sights and sounds, and our constant companions throughout Conference programs. The IAWJ will hold its 10th Biennial Conference in Seoul, Korea May 11-15th in concert with its Korean Chapter; its next President will be Lady Brenda Hale of Richmond.

The Conversation
A popular venue for elegant gatherings, Thursday evening's reception in the National Museum of Women in the Arts drew hundreds of NAWJ members, local lawyers, judges and clerks, area 'movers and shakers,' C-SPAN cameras and other press and illuminati fortunate to be on hand as Justices Ginsburg, Sotomayor and Lady Hale made their way to the stage escorted by NAWJ President Alaska Supreme Court Justice Dana Fabe, NAWJ Immediate Past President New York Supreme Court Supervising Judge La Tia Martin, and Judge Leslie Alden, and joined there by their moderator, Yale Law School Professor Judith Resnik.

Her Alaskan wit on display, Justice Fabe introduced the evening’s "three pioneers" informing the audience that the Alaskan Iditarod Trail Sled Dog Race, which this year began just a week earlier, has been won by a woman five of the last seven years, and that the leading race dogs, mushers, are female. Soon after, Justice Ginsburg opened the discussion by asking the audience who was on hand for the gathering of women judges that took place in 1980 in Pamela Harriman's home in D.C., and remarked how much NAWJ had grown since that small group of 30 back then to the hundreds that night. Eventually the Conversation began, and the Justices went on to share their experiences as judges, speak about the role women have assumed in the legal profession over their careers, and the operations of high courts in the United States and Britain, grateful for the delightful and proud humor Lady Hale sprinkled through the evening, and widely-noted-in-the-press comment by Justice Ginsburg's call for merit based selection of judges over an elected judiciary.

More Than a Trip to the Holocaust Museum

In what must have been one of the most astounding preludes ever, attendees began the morning's programs at the United States Holocaust Memorial Museum with a private tour of its incredible collection of one of history's ghastliest periods guided by program coordinator Marcus Appelbaum. All presented for the benefit of the judges, the Museum's regionally and nationally popular program, Law, Justice and the Holocaust, so profound a few attendees were on hand to experience it again, followed the tour with a multimedia presentation by Education Program officer Dr. William Meinecke and a panel discussion led by U.S. District Court Judge Gladys Kessler including panelists Mrs. Louise Gruner Gans, a survivor of the Cracow, Poland ghetto and Bergen-Belsen concentration camp; Judge Mary M. Schroeder, U.S. Court of Appeals, Ninth Circuit; District of Columbia Court of Appeals Chief Judge Eric Washington; Judge Maria P. Rivera, California Court of Appeals; and Colonel Linda Strite Murnane, Retired Judge of the U.S. Air Force and current Chief of Court Management and Support Services at the International Criminal Tribunal for the Former Yugoslavia (ICTY) in The Hague, Netherlands.

Friday Afternoon Luncheon Program
Their minds awake and open from the morning program at the Museum, attendees made their way to the Fairfax Hotel for a Luncheon program where Justice Dana Fabe presided over the event acknowledging Conference Planning Committee Co-Chairs, Host Committee Chairs, International Association of Women Judges President Leslie Alden, Korean Ambassador Han, Duk-soo, and Justice Kim, Young–ran Supreme Court of Korea, who spoke about her career development in Korean, all to the appreciative and rousing applause from the audience.

Judge Anna Blackburne-Rigsby had the honor of introducing the afternoon’s keynote speaker Tina M. Tchen, Director of the White House Office of Public Engagement, and Executive Director of the White House Council on Women and Girls. She explained what her Office does and how it relates to the public, before launching into an account of the extraordinary delays President Barak Obama's judicial appointees experience after leaving committee, compared to previous administration appointees. In his efforts to appoint an equally noteworthy diverse pool of federal judges Ms. Tchen relayed the President's frustration in the delays, she recognized the burden it placed on current judicial resources.

"The Holocaust Museum makes me ill," said Retired Judge Louise Gruner Gans, beginning moving remarks that stilled all in attendance. Expanding on her morning discussion at the Museum, she told us exactly how her experience as a holocaust survivor affected her as a judge as she was exposed to and confronted the ongoing criminal, family court and immigration cases they came before her. She made quick work in describing some current confinement and prison practices as torture, as she recounted her life confined as a child in the concentration camp, ever sensitive to decisions on confinement and its effect on people for even the smallest of time periods. Even more poignant was Judge Gans' insight from her experience as being a member of a 'hated group.' Recognizing that the vast majority of those who appeared before in her court and confined in prisons were, and are, black people, today as she saw then 40 years ago, she alluded to America's continued disproportion of inequality towards black people, and called for continued vigilance by the judiciary and the wider society to be aware of and fight against any and all forms of bias and discrimination. Judge Gans was given great respect and appreciation for her work, her strength and her journey.

Reception at Korea Ambassador Han, Duk-soo's Residence
After a brief respite, conferees arrived to the sound of musicians playing classical music at a reception hosted by Korean Ambassador Han, Duk-soo at his Residence in Washington, D.C. Ambassador Han welcomed attendees, and he recognized NAWJ President Dana Fabe and IAWJ President Leslie Alden. On behalf of NAWJ Justice Fabe expressed our profound thanks to Ambassador Han and his wife and presented them a gift of jade, gracious in opening their stunning home to our members and friends. Their wide hospitality was filled with abundant, delicious food representative of their lovely country, as each left with a gift from the Ambassador and his wife of delicate dishes from their homeland, along with a warm invitation to attend the IAWJ conference in May in Korea. The evening was a thrill to all lucky to be there!

After a long day of business and meetings board members joined the rest of Conference attendees Saturday night for 'catch-up with friends time', a fun respite from the rain, and good eats at the home of Jeff Wilson.

A Success with Support from All
While President Fabe beamed in pride in thanking speakers and other Conference participants with elegant slices of jade, the 2010 Midyear Meeting and Leadership Conference would not have been possible without the volunteer of time, funding, and in-kind donations of many people and organizations that continually support the National Association of Women Judges year after year, and those who rose to the occasion for this unique and historic occasion.

Reservations are now being accepted at The Fairfax Hotel in Washington, D.C. for this year's Mid Year Leadership Conference. Room rates are $226.00 per night plus tax, and you may reserve accommodations by calling 1-888-627-8439 and identifying our group name, "NAWJ". The NAWJ room block is limited, and the rate is subject to availability. Reservations must be made on or before February 18, 2010, to guarantee the conference rate.

PROGRAM SCHEDULE (check back for updates)

Attendees will enjoy a wonderful reception and a conversation between Justice Ginsburg, Justice Sotomayor, and Lady Hale, moderated by Professor Judith Resnik.

Overview: Attendees will have a private guided tour of the United States Holocaust Memorial Museum, followed by a program at the museum that will explore the failure of the judges and those in the legal profession to protect the millions of persons who were left vulnerable to the racist and anti-Semitic ideology of the Nazi regime. A fascinating multi-media historical presentation will examine the judicial response to the key decrees and legislative acts that facilitated the Nazis' ability to carry out their agenda. This will be followed by a guided panel discussion, moderated by U.S. District Court Judge Gladys Kessler, exploring the role of the judiciary in modern society and the need for judicial courage and independence.

Overview: NAWJ members and guests will lunch at the historic Fairfax Hotel and hear from a keynote speaker addressing current relevant issues.

Keynote Speaker: To be announced at a later date.

Judicial Reception
NAWJ Sponsor, Jeff Wilson, The Wilson Group, has agreed to open his magnificent home just blocks away from The Fairfax Hotel for an evening judicial reception.
5:30PM - 7:30PM