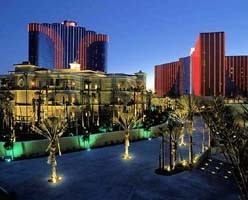 NAWJ members gathered in Las Vegas for a sterling educational program presented by former Chief Justice Miriam Shearing and her conference committee. In his keynote address, Professor Erwin Chermerinsky began by alerting judges that the widespread and virulent assaults on the judiciary and the recent attacks on basic constitutional values pose a greater menace to our nation than a handful of terrorists flying airplanes into a building. He exhorted NAWJ members, “Now more than ever we need you to be courageous.” Later, Professor Chermerinsky brilliantly reviewed the cases decided in the past term and previewed the issues to be addressed in the current term of the U.S. Supreme Court.

In another keynote address, we heard from the brave Air Force Lieutenant Colonel Sharon A. Shaffer, the sole woman appointed to represent one of the Guantanamo detainees on appeal. Later, Colonel Shaffer joined a panel of current and former judges to discuss their service on the front lines in Iraq, Saudi Arabia, Afghanistan, and Oman.

Hon. Brenda Stith Loftin was sworn in as NAWJ President. In her acceptance speech, Judge Loftin quoted the Rev. Dr. Martin Luther King, Jr., announcing that NAWJ is proud to have “a vision, a voice, and a way.” Judge Loftin promised to promote the ideals of NAWJ’s visionary leaders, to foster professional and personal relationship among women judges so that each judge could attain her full potential—on and off the bench. She also announced a strategic planning process to chart the future course of NAWJ during her term.

Judge Ruiz gave the special President’s Award to the Hon. Miriam Shearing, Chief Justice of Nevada (ret.), who served as chair of the 2006 conference. The Hon. Marilyn J. Teeter won the Member-Get-A-Member grand prize, an all expense paid trip to the Las Vegas Conference.

During the conference the Board of Directors met with the exciting and vital new Resource Board, representing some of the more than 30 of the many law firms who have pledged substantial support to NAWJ. This is yet another tribute to the hard work of our Executive Director, Drucilla Stender Ramey. Each Resource Board member was assigned an NAWJ buddy and many stayed to participate in the Masquerade Gala Dinner and other conference activities.

In addition to the wonderful programs, NAWJ members enjoyed superb shopping, dining and some of the many exciting after-hour shows. (I have no report on money won or lost gambling; judges who engaged in such activities were quite discreet.) On Saturday afternoon, our members fanned out to hike the scenic trails of Red Rock Canyon, to visit backstage with a Bally’s showgirl, and to view the home studio of artist Joyce Straus. The merriment (but not the conference) came to a close Saturday night at the Masquerade Gala Reception and Dinner, where the judges donned Mardi Gras beads and masks and were entertained by members of the cast of “Menopause the Musical.”

NAWJ is pleased to provide the text from the following conference addresses:

If you were unable to join us in Las Vegas, plan now to attend the 29th Annual Conference at the Four Seasons Hotel in Philadelphia, PA, November 7-11, 2007.